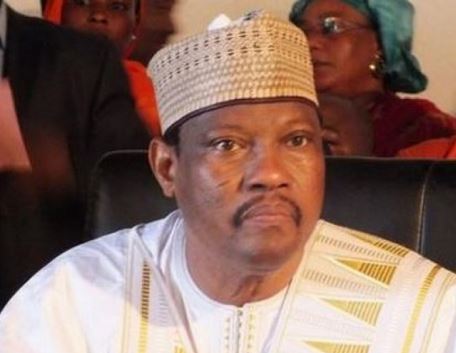 Niger’s appeals court on Monday sentenced an exiled former presidential candidate, Hama Amadou to a year in jail for child trafficking, the final ruling in a long-running case that his lawyers have dismissed as politically motivated.

Hama Amadou, the main challenger to President Mahamadou Issoufou in last year’s presidential election, has been living in France since last year when he left Niger for health reasons just days before a run-off.

He has repeatedly denied charges that he and his wife were part of a plot, including several others, to falsely claim the parenthood of around 30 children from neighbouring Nigeria who were to be sold on to wealthy couples in Niger.

The verdict was read in the absence of Amadou’s lawyers, who had boycotted the trial in protest. The case was initially dropped by a Niger court in 2015, but was reinstated by the appeals court later in the year.

Issoufou took power in April 2011, and has worked closely with Western nations to boost security in the vast, arid Sahel region where Islamist militants are intensifying their insurgency.

As a result of corruption allegations against his government, he was removed from office as Prime Minister through a 2007 no-confidence vote in the National Assembly.

In 2008 he became the target of a corruption investigation which saw him arrested to face criminal charges at the Nigerien High Court of Justice and removed from his post as MNSD President.

From 2011 to 2014, Amadou was President of the National Assembly of Niger. He was elected to that post as an ally of President Mahamadou Issoufou, but in 2013 he went into opposition. He fled Niger in August 2014 to escape arrest on charges related to a baby-trafficking investigation.