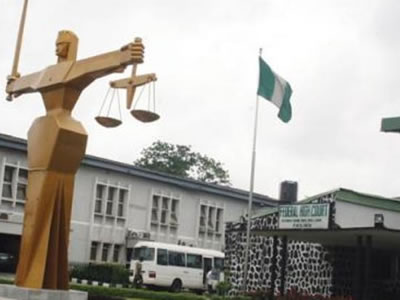 Muhammad Usman also known as Khalid Al-Barnawi, leader of Boko Haram splinter group, known as Jama’atul Ansarul Muslimina Fibiladil Sudan, has been arraigned before the federal high court in Abuja along with six others. The accused persons pleaded not guilty to all the eleven count charge.

The remains of the first Northern Female Voice in the Broadcast Industry and sister of Nigeria’s former Head of State, General Yakubu Gowon, Kande Martha Audu has been laid to rest in Wusasa Community Zaria, Kaduna State.

FRSC Enforces a Strict Use of Speed Limiter

The Corps Marshal of the Federal Road Safety Commission, Dr Boboye Oyeyemi says FRSC is determined to enforce strictly the use of speed limiter device. It was reported that the Corps Marshal gave this indication during his duty tour of Osun State.

Seasonal Rainfall Prediction in the Nation

The prediction also shows weather implications for health, electricity and other sectors of the economy.

The Nigerian Economic Summit Group (NESG), has revealed its support for the Federal Government to sell some of the nation’s assets to settle domestic debts. Chief Executive Officer, NESG, Mr. Laoye Jaiyeola told news men in Lagos that the summit supports the proposed plan by the government to sell idle national assets. He said, “the summit fully support plan by the government to sell assets that are idle to settle local debts rather than borrowing abroad. When we talk about sale of assets, believe me it was part of the things we support at NESG. We have submitted our views to them long ago, and it is that if we can separate between NNPC as an operator and NNPC as an asset manager, Nigeria would be better. We believe strongly that with these assets, we can raise money from them and should not be too concerned in borrowing money.”

Minister of Power, Works and Housing, Babatunde Raji Fashola, has expressed optimism that the Naira 702 Billion recently injected into the power sector by the Federal Government would tackle liquidity challenges being faced by the generation companies, GENCOS.

Fashola explained that part of the liquidity problems facing the GENCOS was the inability to pay gas suppliers. Fashola further stated that Nigeria bulk electricity trading, NBET, would pay GENCOS for electricity generated as a deliberate step to improve their confidence and that of intending investors in the sector. According to him, ‘‘the plan will not immediately solve the problems of the power sector or produce overnight the electricity that has eluded us for decades, but will bring some stability to the production side of the power value chain and also give confidence to investors who want to come in and who are concerned about how to recover their money.’’ Fashola went ahead to say said that subsequent complimentary interventions will ultimately seek to strengthen financial transparency to ensure that industry revenues are fairly distributed to all market participants and their suppliers according to contractual commitments.

During a quarterly meeting with all registered political parties, the INEC chairman, Professor Mahmoud Yakubu stated that about eighty-six associations are currently seeking registration as political parties before the Independent National Electoral Commission.

The 23 officials of the Independent National Electoral Commission INEC accused of being complicit in the Rivers State rerun elections are now to be charged to court on the 7th of April.

The initial plan to arraign them before the Federal High Court could not hold on Tuesday due to the objection on the jurisdiction of the court.

Office of the National Security Adviser in collaboration with the Nigeria Stability and Conciliation Programme have held a validation forum to further tackle security threats in the country.

The meeting was also to develop a policy framework and national action plan on preventing and countering violent extremism.

It was their first formal engagement since the president returned from his vacation in the united kingdom.