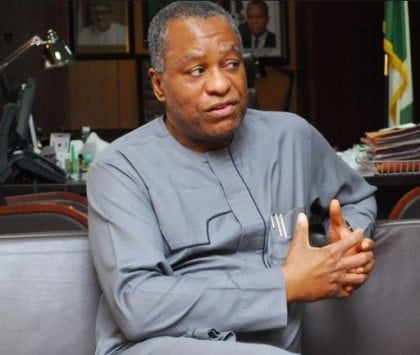 The Nigerian foreign affairs minister, Geoffrey Onyeama and his interior affairs counterpart Abdulrahman Dambazzau have met with the Nigerian community in South Africa where they assured them of federal government support.

The senate has again rejected the nomination of Ibrahim Magu as the substantive chairman of the economic and financial crimes commission, EFCC.

Ibrahim Magu was rejected after appearing before the senate for his confirmation.

Interview with Senator Utazi on NTA

Meanwhile, the chairman senate committee on anti-corruption and financial crimes, Senator Chukwuka Utazi has reassured Nigerians that the senate remains committed in ensuring transparency and accountability in all aspects of governance.

The senator was speaking in our studio on the non-confirmation of Ibrahim Magu as the EFCC chairman by the senate.

Senator Chukwuka Utazi explained that the move was in tandem with information before the senate.

He was specific that this will not in any way affect the fight against corruption of the present administration.

Six Killed In an Explosion in Maiduguri

Four female teenage suicide bombers and two other men have died in the early hours of Wednesday following suicide attacks on Usmanti village along muna garage in Maiduguri the Borno state capital.

This is contained a statement from the director army public relations brigadier general Sani Kukasheka Usman.

Army spokesman credits the action to troops of 151 task force battalion, 21 brigade, Nigerian army of operation Lafiya dole who were on patrol, around college of business studies along Bama-Ngurosoye road, Borno state.

The federal executive council has approved the establishment of the Nigeria industrial policy and competitiveness advisory council in furtherance of the nation’s industrial revolution plan.

Minister of industry, trade and investment, Okechukwu Enelamah announced this while briefing newsmen after the council’s meeting.

A draft bill for an act to provide a legal framework for a national disease control and prevention centre has also been approved.

President Muhammadu Buhari has approved the appointment of Kadi Ibrahim Rufai Imam as the acting grand Khadi of the Sharia court of appeal of the federal capital territory.

A statement from the director information, national judicial council Mr. Soji Oye says the acting appointment is sequel to the retirement of the former grand Khadi of the court.

The statement further says Kadi Ibrahim Rufai will be sworn in by the chief justice of Nigeria and chairman, national judicial council, Justice Walter Samuel Onnoghen tomorrow Thursday by 2.30 pm at the supreme court of Nigeria.

The prevalence of black soot in the atmosphere in rivers state and the Niger delta region at large puts the people there under great health risk.

On good morning Nigeria says this issue must be quickly nipped in the bud.

Mrs. Aisha Muhammadu Buhari at CPC
the wife of the president, Aisha Muhammadu Buhari has re-affirmed her commitment in driving the campaign of protecting the rights and safety of the consumer.
Mrs. Buhari stated this in a message, shortly after the investiture in her honors as consumer ambassador of Nigeria.
The event was part of the activities to mark 2017 world consumer rights day put together by the consumer protection council, CPC.

About sixty middle cadre immigration officers have benefitted from one million naira soft loan to renovate and complete their houses.

According to the comptroller general of the Nigerian immigration service Mohammed Babandede at the launch of the scheme in Abuja, it is part of the service’s welfare package to provide a roof over the head of officers.

There is the need for the Nigeria football federation, NFF to ensure Nigeria plays a more determining role in the administration of football in Africa.

This is the position of one of NTA’s sports correspondents, Fisayo Ogunfunyi while discussing the tomorrow’s CAF election to choose a new CAF president.

For the first time since he came to power in 1988, incumbent Issa Hayatou faces a serious challenge.

Ahmad Ahmad of Madagascar is the man aiming to change the status quo.

And Fisayo Ogunfunyi believes there’s the need for a change in the leadership of the African football ruling body to bring more dynamism into game of football in Africa.

Voters are going to the polls in the Netherlands in the first of three crucial Eurozone elections this year.

Garba Muhammad Nata’ala has more on the foreign scene.