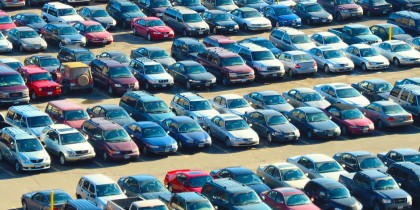 NAN, Abuja; Some FCT residents have expressed divergent views over the proposed re-introduction of ‘park and pay’ by the Abuja Municipal Area Council (AMAC).

Some of the residents in separate interviews with the News Agency of Nigeria (NAN) on Tuesday in Abuja expressed their support while others were against the policy.

The policy has been in place until it was abolished in 2014, following an FCT High Court ruling describing the policy as illegal.

However, AMAC had concluded arrangement to re-introduce the banned park and pay policy to augment the shortfall in federal allocation to the council and boost its revenue generation.

The policy allow residents to park their cars at some designated place and pay a sum depending on the numbers of minutes or hours spent.

Dr Rowland Adebisi, a Civil Engineer, said the re-introduction of the park and pay policy within the city centre was a welcome development that would generate more revenue for the council.

He said that the administration should reintroduce the policy, adding that it should be done with some sense of decorum.

Adebisi said that the funds generated from the policy would go a long way to help in the development of the city.

“The idea of reintroducing the park and pay is a welcome development, this will also serve as a means of generating revenue for the council to provide more infrastructure, if properly managed’’ he said.

Mrs Justina Umeadi, a civil Servant, said that the re-introduction of the policy would assist in reducing traffic congestion in the city.

She said that with the policy in place it would help to check the indiscriminate parking in the city centre by some car users.

“Am in support of the reintroduction of this policy; it will help to check the way and manner some people park their vehicles indiscriminately,’’ she said.

Another resident, Mrs Stella Adams, said that she was not in support of the policy, saying that it was another form of double taxation.

“I am not in support of that policy; FCT should look at other means of generating revenue.

“The government is supposed to provide car parks at strategic places in the city for people to park their cars; you do not expect them to carry their cars on their head.

“If car parks are provided and people still park their cars in wrong places then you can charge them for illegal parking,’’ she said.

Also, Mr Peter Adoyi, a resident, told NAN that the policy was illegal and should not be reintroduced, saying that Nigerians do not need that policy now.

He said that people are already suffering as a result of the recession in the country and should not be made to suffer more.

“The government should initiate programmes that will improve the living standard of citizens and not policy that will add to the hardship of citizens,’’ he said.