We Are Investigating Alleged Case Of Brutalization By Soldiers ~ Nigerian Army 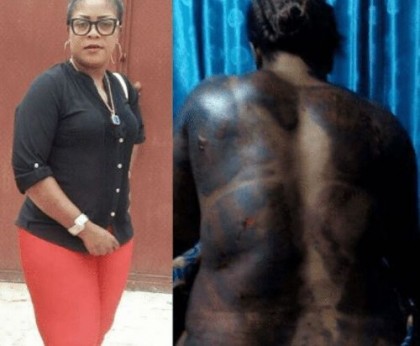 The 81 Division of Nigerian Army said it has constituted a board of inquiry to investigate alleged brutalization of of a female by soldiers in Odoguyan, Ikorodu area of Lagos state. According to the statement released by Lieutenant Colonel, Acting Deputy Director Army Public Relations
OM DAUDU said the perpetrators will be brought to book.

“The attention of Headquarters 81 Division Nigerian Army has been drawn to the social media and Newspapers online reports on “Alleged brutalization of a female by soldiers”. The incident occurred in Odoguyan, Ikorodu area of Lagos state involving soldiers of 174 Battalion on Sunday 12 March 2017”.

The alleged incident is highly regrettable, even as the Division under the Nigerian Army has zero tolerance for inhuman treatment. Discipline
remains the bedrock of the Nigerian Military Profession. It is quite disheartening when such incidences occur even though isolated will not be
treated with any laxity.

Consequently, a Board of Inquiry has been constituted by the Commander 9 Brigade, Brigadier General Elias Attu to investigate the
circumstances that led to the incident, determine the level of the soldiers involvement, submit its findings and recommend appropriate disciplinary
measures which will be communicated. The female has been taken to hospital where she is responding to treatment while 6 soldiers are being detained in regards to the incident.

Gentlemen of the press, may I thank you for your timely information in bringing such incidences to fore. The Division remains committed to its tasks as part of the constitutional mandate of the Nigerian Army. It continues to enjoin all to be law abiding and count on their support and cooperation.