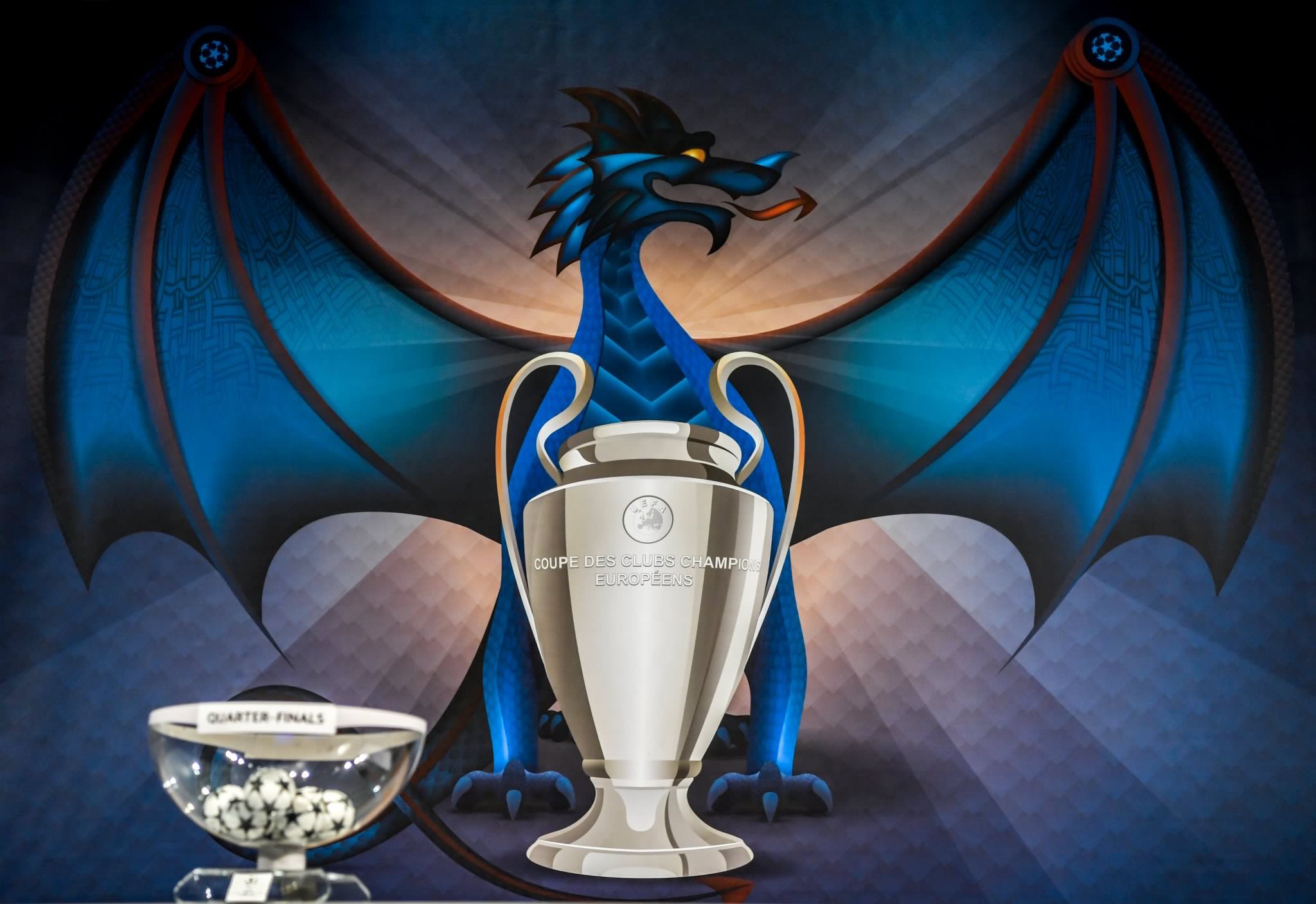 The race to the Millennium Stadium in Cardiff is on with the just concluded draw of the Union of European Football Association (UEFA) Champions League Draw #UCLDraw held in Nyon.

The Fixtures Pairing For #UCLQuarter Final:
Bayern vs Real Madrid
Atlético vs Leicester
Dortmund vs Monaco
Juventus vs Barcelona 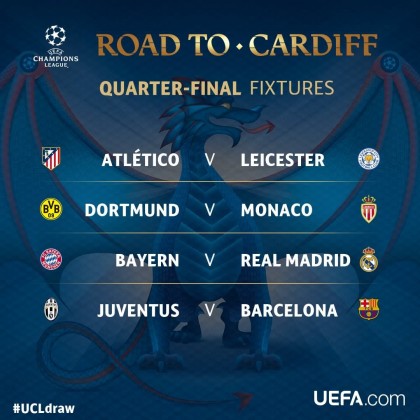 It will interest you to know that Atlético has never lost a champions league home match to an English team.

Dortmund and AC Monaco of France have meet in UEFA competition for the time in the competition.

Barcelona and Juventus is more of a revenge mission for Old Lady as Barcelona knocked them out in the meeting of the two in the competition.