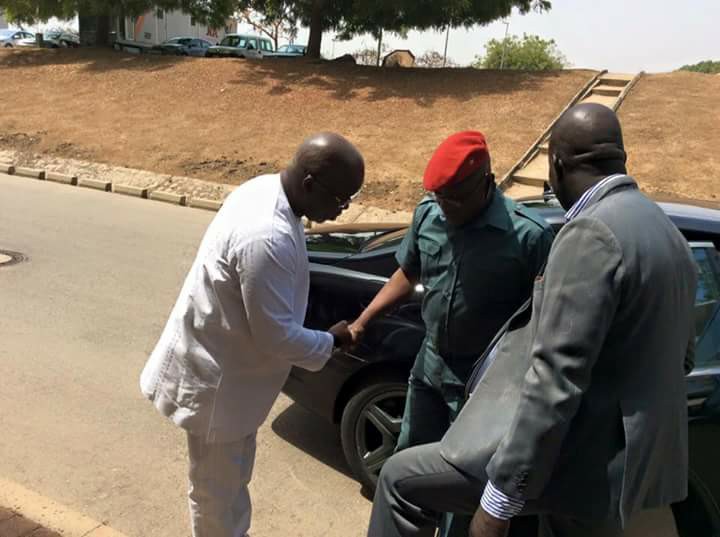 Nneka Anibeze, Abuja: The Federal government of Nigeria has congratulated the President of the Nigeria Football Federation (NFF) Amaju Pinnnick on his success at the just concluded Confederation of African Football CAF executive committee elections held Thursday in Addis Ababa.

Pinnick defeated the incumbent Benin Republic’s Moucharafou Anjorin by 32 votes to 17 to become the third Nigerian to serve on the executive seat of CAF.

In a statement , the Minister expressed happiness that a Nigerian is now in the inner caucus of CAF after many years.

“When I became Minister I asked why there was no Nigerian representative in the executive committee of CAF. With a population of over 170million people there was no way the CAF executive committee will be constituted without Nigerians as stakeholders. I encouraged the federation to try and ensure that they are represented hence our support for the president of the NFF.

“This is a big achievement for Nigeria and our re-entry into African football politics,”Dalung said.

The FG also seized the opportunity to felicitate with Ahmad Ahmad following his election as the President of the Confederation of African Football but maintains it support for regional interest.

“Nigeria’s position remains in favour of our national interest but the will of the people has prevailed and we congratulate them all.”

The Minister used the opportunity to advise the newly elected board to be magnanimous in victory and run an all-inclusive government.