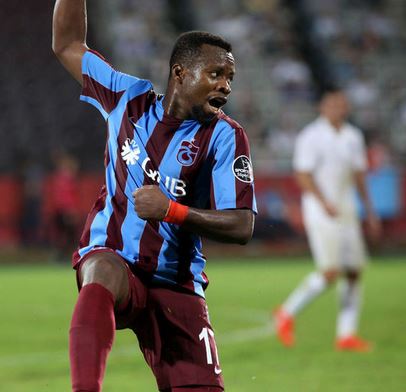 Nigeria’s Ogenyi Onazi has been nicknamed ‘Black Mamba’ by Trabzonspor fans to acknowledge his speed and agility in the heart of the midfield.

Onazi joined Ersun Yanal’s side from Lazio in August and has played in almost every league game as they continue their push for an Europa League spot, which just three points behind Fenerbahce.

The Nigeria international who has proved himself to be a perfect fit in the midfield for the Şenol Güneş Stadium outfit will be sharing a name with the deadliest snake in the continent of Africa and a nickname of NBA great, Kobe Bryant.

With habitat in the savannas and rocky hills of southern and eastern Africa and extraordinary speed, combined with its fast-striking venom, can the 24-year-old Nigerian make a name for himself as one of the world’s best midfielders?