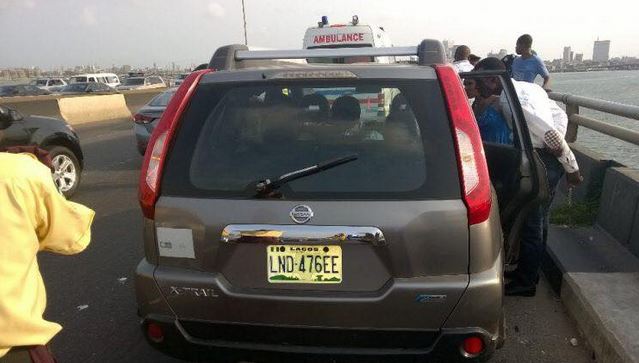 The Lagos State Commissioner of Police, Mr Fatai Owoseni, has confirmed that the body of Dr. Allwell Orji, who jumped off the 3rd mainland bridge on Sunday has been recovered.

The Commissioner said the body was recovered by the Marine Police at the Onikan end of the lagoon on Tuesday.

Until his death, Dr. Orji worked at the Mount Sinai Hospital in Surulere area of Lagos State, southwest Nigeria.

He was said to be on his way to Victoria Island for a meeting with the Medical and Dental Association of Nigeria when the incident happened.

Temporary reports from Police authorities revealed that the deceased had asked his driver to stop the vehicle before jumping across the bridge and into the water.

LASEMA said there was a distress call of a man who parked his grey coloured Nissan SUV at about 4:50 pm around Adekunle and jumped into the Lagos lagoon.

The agency said the vehicle and the driver had been taken to Adeniji Adele Police Station for further investigation.

Just three days after Dr. Orji case, a similar incident has been recorded as a middle-aged woman reportedly jumped into the lagoon in the Maza-Maza area of the state.

The woman was, however, rescued following the timely intervention of local fishermen and divers in the area.

According to witnesses, the woman had walked casually to the Maza-Maza bridge in the Mile Two area and to the shock of people around, she took a dive into the lagoon but the fishermen dived in after her and rescued her.

The woman, dressed in a blouse and trousers was earlier seen walking aimlessly and when she got to the middle of the bridge, she climbed the rail and jumped.