Saraki Has Nothing to Do With Importation of Vehicle, Says Aide 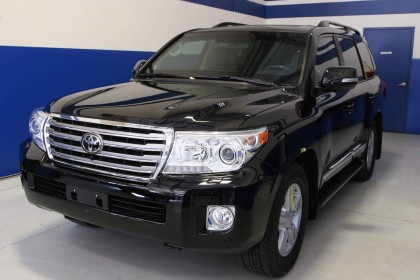 Special Adviser to Senate President on Media and Publicity, Yusuph Olaniyonu, has stated that  the allegation raised today by Senator Ali Ndume linking Dr. Abubakar Bukola Saraki to the importation of vehicle lacks basis as it was outright falsehood.
In a press statement, Olaniyonu said from the facts and documents about the seized vehicle, it is obvious that the Senate President has nothing to do with the importation of any vehicle.
“A supplier was engaged by the Senate to supply a vehicle. While transferring the vehicle between Lagos and Abuja, it was impounded by the Customs. We believe that is an issue between the supplier and the Customs because the Senate has not taken delivery. So, why is somebody trying to drag in the name of Saraki into the issue.
“The documents on the vehicle are there for the general public to view and make their conclusions. Now, that the matter has been referred to the Committee on Ethics, Privileges and Public Petitions, all the facts will be out”, Olaniyonu stated.

NEWER POSTLIFESTYLE: THE BATTLE BETWEEN MY EARS, THE SPIKES OF BEING OPEN-MINDED
OLDER POSTTheft of Paris Club Refund: Saraki Claimed He Borrowed N5b from Dangote To Fund Buhari’s Election