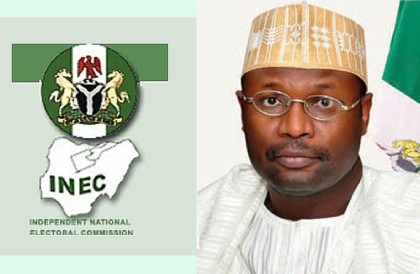 Media practitioners and journalists have commended the Independent National Electoral Commission (INEC) for its compliance with Electoral Laws in the conduct of elections and urged other stakeholders in the electoral process to follow suit in the interest of democracy.
The commendation was contained in a communiqué issued at the end of INEC’s quarterly consultative meeting with the Media, held at the Commission’s Headquarters in Abuja on Monday ( 20th March, 2017). Also Read; CSOs Input Remains Critical To Effective Management Of Electoral Process – INEC Chairman
In the Communiqué jointly signed by Mr. Austine Agbonsuremi for the Media, and Prince Solomon Soyebi (INEC National Commissioner), the Media also lauded the Commission’s new ICT initiatives intended to broaden the scope of elections and data management.
They underscored the need for the Commission to accelerate its engagement with the National Assembly for the prompt passage of the amendments to the legal framework in order to further improve the conduct of elections in the country.
Other points were highlighted in the communiqué. It (communiqué) Also Read; Breaking: Dice Is Thrown For 2019 General Election As INEC Releases Time Table
Noted with concern, the absence of Resident Electoral Commissioners in 33 states and advised the Government to as a matter of urgency, fill the vacancies;
Welcomed the Commission’s initiative of regular engagement with the media and called for its sustenance;
Acknowledged the need for a free flow of information between the Commission and the Media;
Endorsed the Commission’s weekly briefing of the media and described it as a step in the right direction;
Commended the Commission for developing a template for fixing dates for general elections in Nigeria as it obtains in other stable democracies and emphasized the need for those dates to remain sacrosanct;
Welcomed the forthcoming nationwide Continuous Voter Registration  (CVR) and urged Nigerians to take advantage of the opportunity; and
Observed with concern, the low turnout of voters, particularly during re-run and bye-elections and urged the stakeholders, especially the Political Parties to play more active roles in mobilizing voters.

NEWER POSTShettima To New Caretaker Chairmen: ‘You Are On Your Own‎ If You Bring Shame To My Administration’
OLDER POSTINEC Affirms Confidence In Nigerian Printers, Assures Improved Partnership