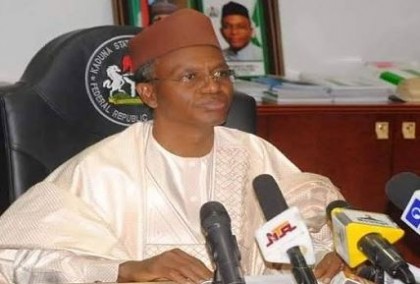 (VON) Kaduna State Government is to establish a Traffic Law Enforcement Authority.
This was announced by the Majority Leader of the State House of Assembly, Honourable Muhammad  Inuwa in Kaduna, Northwest Nigeria.
The aim of the Bill is to create a body with the mandate to enforce laws such as the Environmental Law.
According to Inuwa, “the removal of the ‎Environmental Law from the title will aid the Authority to work properly for the betterment of the State and also provide a mobile code which will aid the speedy arrest of offenders and upgrade traffic regulated activities.”
“With the removal of Vehicle Inspection Officers, this bill came at the right time to regulate the activities of vehicles daily especially with the provision of mobile codes that will help the Authority work properly as well as help curtail accidents within the State,” he said.
Inuwa stressed that whoever gets arrested due to violating ‎the law, would be fined and prosecuted accordingly.
Establishing the Authority would also aid revenue generation to the State government which will have a direct impact on its citizens.
Omolayo.A
VON