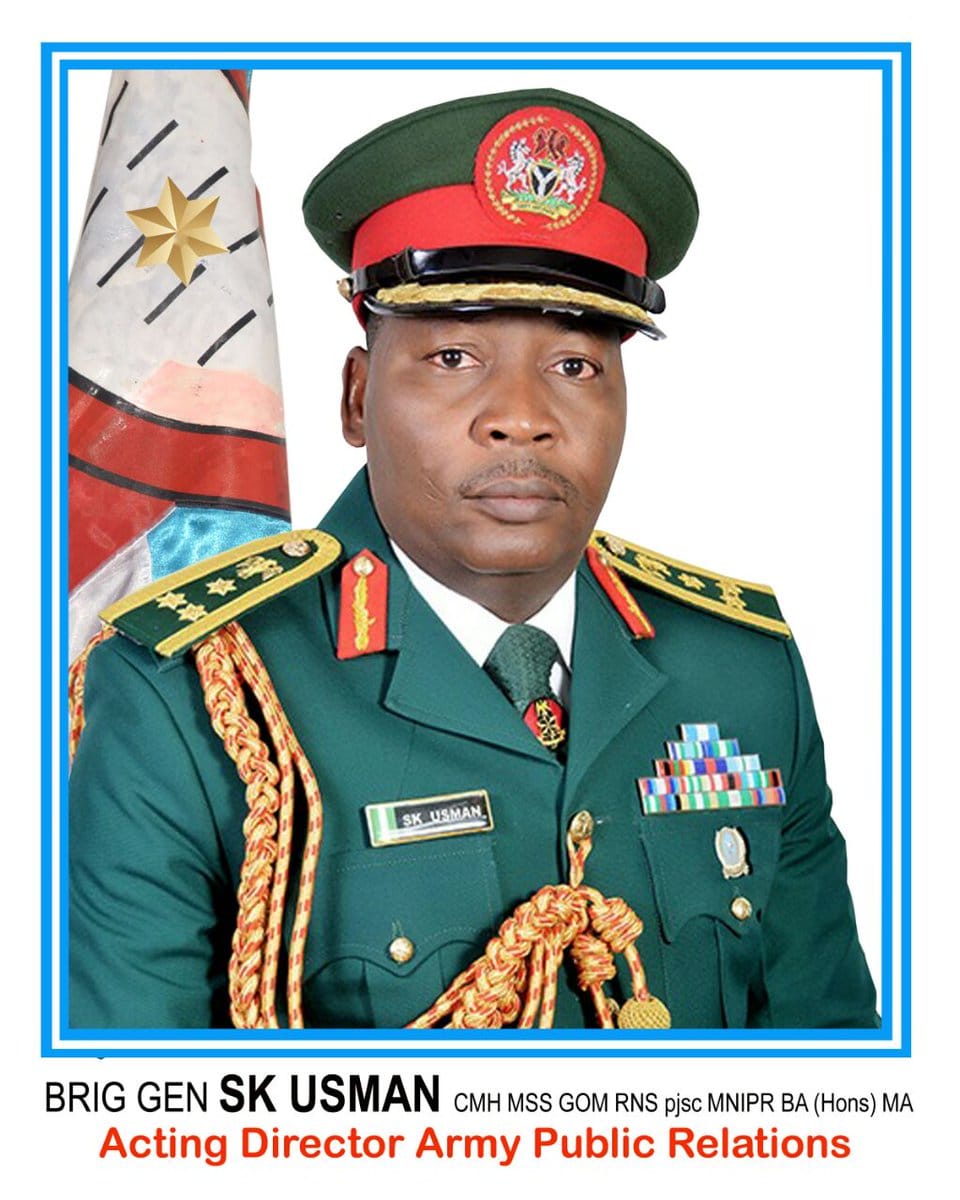 SK Usman, Abuja: The attention of the Nigerian Army has been drawn to media reports and photograph of the corpse of one Mr. George of Ogijo, Ogun State, allegedly “murdered” by troops of 174 Battalion Ikorodu. The story and the photograph were ostensibly shared by one Mr. Kenny Abel Adesanya through his twitter handle.

However, investigation have confirmed that the allegation is not true, rather it was figment of Mr. Adesanya’s imagination borne out of mischief, hatred for the Nigerian Army and attempt to divert attention from those that committed the dastardly act.

For the avoidance of doubt, the location where the incident took place, Ogijo, is in Ogun State and 174 Battalion does not have any deployment there, neither do any of our troops patrol the area.

To further buttress this fact, a team was despatched to Ogijo Divisional Police Station, Ogun State, to investigate the matter. It was confirmed that the incident dates back to 8th March 2017, one Mr. George (now late), was threatened by the son of his landlady that he will invite his soldier friends to come and beat him for failing to pay his rent which was long overdue. On the said day, the tenant was taken from the compound by three young men and beaten up. The case was reported to Ogijo police station. The parties involved were arrested and their statements taken.

Thereafter, the police wanted to charge the matter to court for which the tenant and the landlady opted for out of court settlement. The young men who carried out the beating were neither arrested nor their identity ascertained by the police. The police claimed the landlady son said he used his friends. The case was however treated as assault and discharged. No report was sent to the military authorities because no soldier was involved.

On 24th March 2017, the said tenant Mr. George died in his house and his corpse was taken to the frontage of the landlady who quickly reported to the Ogijo Police Station. She was arrested and the corpse was deposited at the mortuary. The son of the landlady who is currently at large, is being hunted by the police authority.

Consequently, we wish to call on Mr. Adesanya, all other persons that shared the story and the media to understand that Mr. George was not murdered by any soldier, let alone those serving in 174 Battalion and should correct this erroneous impression. Additionally, Mr Adesanya should render an unreserved apology to 174 Battalion in particular and the Nigerian Army, over this false allegation, failure of which would attract legal action against him.

We would like to seize this opportunity to advise that the media and indeed people to always cross check their facts before publication, posting on the web or broadcast.