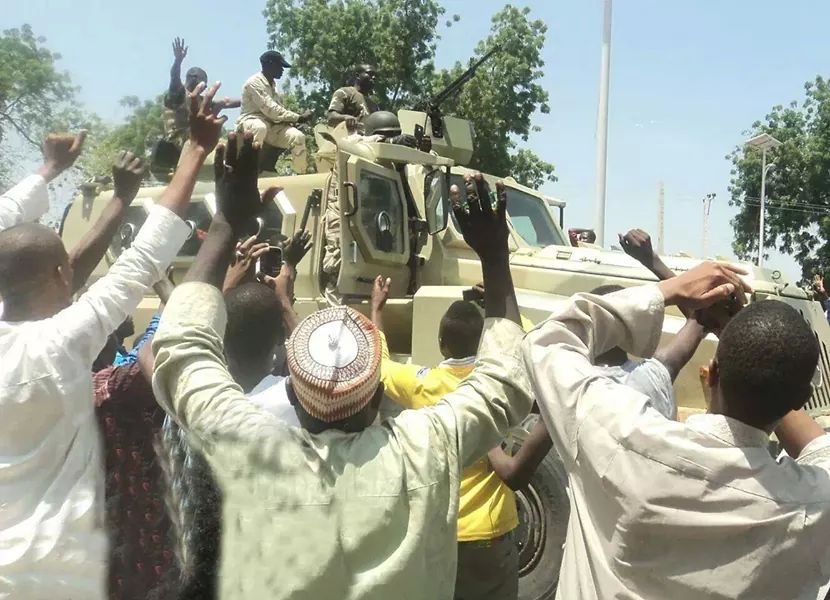 Attah Esa, Abuja: Special Adviser to the President, Media and Publicity, Femi Adesina, Monday in Abuja extolled the gallantry of the Nigerian Army in restoring order to the North Eastern part of the country, through its clearing of remnants of Boko Haram insurgents.

Speaking at the Guards Brigade First Quarter Inter-Unit Short Talk Competition, Adesina said the Nigerian Army deserved commendation for its efforts in curtailing the activities of the insurgents, and fighting other criminal elements in various parts of the country.

The President’s spokesman was special guest of honour at the event designed by Guards Brigade to enhance the ability of men and officers to communicate effectively with the public, especially on their operations.

“I must at this point commend the effort of the Nigerian Army in clearing the remnants of Boko Haram terrorists from North East of our dear country and other ongoing operations against criminal elements across the country.”

“We must continue to reflect and remember the great sacrifices our gallant men and women in the Nigerian Army are making to keep our fatherland safe and habitable. Well done and keep it up,” Adesina said.

He added that regular training and retooling of the army remains important in view of rising security challenges.

“I am delighted that the Guards Brigade in particular and the Nigerian Army in general is making effort to train its personnel,’’ he said, urging the army to remain resolute and sustain the tempo of equipping its soldiers.”

In his remark, the Commander of the Guards Brigade, Brigadier- General, Musa Sani Yusuf, said the competition was put together to enhance the personal confidence of officers and men in public speaking.

He said the event also seeks to highlight the roles and responsibilities of the army to the public.