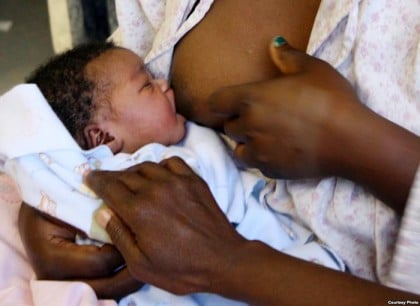 Adekoya gave the advice in an interview with the News Agency of Nigeria (NAN) on TYuesday in Ibadan.

She said that poor waste management was a major factor causing the spread of many water-related and air-borne diseases.

Adekoya disclosed that the major cause of diarrhea in infants was unhygienic habits due to poor waste management in Ibadan metropolis and lack of portable water. Also Read; President Muhammadu Buhari’s Health: Gloating Is Of No Value – Femi Adesina

She defined diarrhea as the passage of watery stool occurring four or more times daily, adding that it was a common disease in children than in adults.

“Diarrhea is often caused by unhygienic habits due to lack of portable water and children aged five months to one year are at risks of this disease.

“This is the crawling stage of their years and so they are susceptible to picking up anything on the floor to eat. Also Read; Health: Fanta, Sprite, Coke Passes Vitamin C Test

“But in the infant and children unit of the Public Health Department of UCH, we have been able to reduce the prevalence rate of diarrhea in infants.

“Between August 2016 and February 2017, up to 128 children have been treated effectively of diarrhea in UCH.

“Through this figure, we have been able to reduce the high incidence rate of infant mortality and morbidity in Ibadan,’’ she told NAN.

Adekoya said the Public Health Nursing Unit had regular sensitisation and advocacy programmes for the public in all the 11 outstations and health centres under UCH.

Similarly, a Health Researcher and Community Medicine Consultant, Dr Olufunmilola Lola-Dare, told NAN that diarrhea was the second leading cause of death in children in Nigeria and Africa.

Quoting a WHO research data, she said diarrhea was responsible for the death of over 760,000 children every year in Nigeria and Africa.

She said the way to prevent the disease was by making sure our waste and refuse were disposed properly.

Lola-Dare advised nursing mothers to be specifically concerned about preventing diarrhea so as to lower its prevalence rate in Nigeria.

The community health physician listed key measures in the prevention of the disease as access to safe drinking water, use of improved sanitation and good hand washing with soap.

Others are exclusive breast feeding for the first six months of life, good personal and food hygiene, health education and preventing infections spread and rotavirus vaccination.

According to her, major treatments include Oral Rehydration Salts (ORS), which is a mixture of clean water, salt and sugar.

“ORS is absorbed in the small intestine and replaces the water and electrolytes lost in the faeces.

“Zinc supplements are another treatment which reduce duration of the disease episode by 25 percent and are associated with a 30 percent reduction in stool volume.

“Rehydration with intravenous fluids in case of severe dehydration or shock, taking nutrient-rich foods and consulting health professionals for management of severe cases are best treatments of the disease,’’ she said.

Meanwhile, Dr Oladapo Okareh, a senior lecturer at the Department of Environmental Health Sciences (EHS), University of Ibadan, has advised the public to properly handle waste disposal and management system in Ibadan metropolis during the rainy season.

Okareh said the poor manner of refuse and waste management was a major factor causing the spread of many water-related and air-borne diseases.

He said solid waste management had constituted a growing problem in Ibadan, adding that it was responsible for serious flooding and spread of disease vectors.