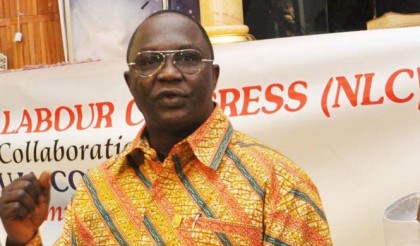 Some lawyers on Friday in Abuja stressed the need for increased mediation and reconciliation in labour cases in line with the new National Industrial Court Civil Procedure Rules, 2017.

The lawyers, who spoke in separate interviews with the News Agency of Nigeria (NAN), said that increased mediation would promote harmony in workplaces as well as boost economic growth. Also Read;  Association of Muslim Lawyers Honour VP Yemi Osinbajo

Mediation is a process which explores communication and negotiation between contending parties for mutually agreed settlements.
In any proceedings before the court, the court is encouraged to promote reconciliation among the parties and facilitate amicable settlement.
The mediation and reconciliation process is promoted by the Alternative Dispute Resolution (ADR) centres of the National Industrial Court, established in every zone of the country.

Mrs Chioma Ofor, who spoke, urged litigants to explore mediation opportunities offered by the industrial court to forestall prolonged court proceedings and delayed prosecutions.
“The new court rules promote mediation in labour cases. There are some labour cases that have taken over a decade or more.
“Litigants and lawyers should explore mediation and reconciliation process of ADR centres, their negotiations and final settlement will be faster than normal court processes,’’ she said. Also Read; Sagay, Falana Task Lawyers, Others on Anti-Graft War

“If parties agree to an amicable settlement, the centre submits a report of the terms of settlement to the judge and it is entered as the judgment of the court.
“If not, they return to court for the normal court proceedings; if more labour cases are handled through mediation and conciliation, it relieves the courts and contending parties of years of litigation,’’ he said. (NAN)