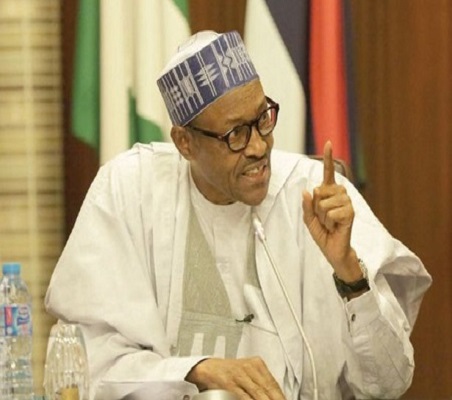 The Presidency has given assurances that the war against perfidy and corruption by the President Muhammadu Buhari administration will not stop despite the strong resistance of the opposition and their actions to thwart the government’s efforts every day.

“Let me say one thing. Those whose illicit ways of accumulating money have been stopped will criticize this government but all that will not derail the unfaltering commitment of the President, Muhammadu Buhari’s administration to the war against corruption,” a presidential spokesman, Garba Shehu said in a radio programHannu Da Yawa on FRCN Kaduna at the weekend.

He argued that the President declared rooting out corruption as one of the cardinal policies of his election campaign.

“He is aware that this was one of the main reasons why Nigerians in their millions put their trust in him; the main reason they voted him into power in 2015.

“To keep that trust of ordinary Nigerians who voted him into the office, he has vowed to give corruption a good fight. He will not let them down.”

Malam Garba admitted that so far, the battle to uproot corruption from Nigeria has not been easy. “Corruption has been fighting back vehemently, finding accomplices in various forms and guises. Nevertheless, the Buhari administration will not relent.”

He said in the program that the days when corruption reigned indiscriminately in Nigeria are over. “Nothing will return our country to those sad, old days of wanton thievery that have plunged us into the economic mess from which Nigeria is currently recovering. The war against corruption in Nigeria is one of those clashes between good and evil, where good is determined to triumph.”

He dismissed rumors that members of the governing party, the All Progressives Congress, APC were being spared, saying that all are equal before the law.

Highlighting the various measures introduced to promote transparency by the present administration, Malam Shehu disclosed that upon directives by the President, the National Hajj Commission carried out an audit of accommodation agents in both Makkah and Madina in Saudi Arabia and as result, a saving of more than sixteen million Dollars (USD 16.7 m) is being made by the paying pilgrims this year.

“Each Hajj pilgrim is being saved between 600 to 1,000 Saudi Riyals, which is about N60,000-N100,000 from accommodation, money that had lined the pockets of agents in the past.  This year, houses are being rented directly from owners.” He commended ordinary citizens for embracing the whistleblower policy by ” taking extraordinary risks to expose corruption.”

On the ongoing rehabilitation of the Nnamdi Azikiwe International Airport in Abuja and the relocation of flight services to Kaduna for the six-week period of the closure, the Presidential aide said the government and people of Kaduna should think hard to devise ways by which the social and economic benefits brought to Kaduna in this period did not depart the city with the reopening of the Airport in Abuja.

“‘The government of Nigeria has done a big thing for Kaduna. You must show appreciation to this by supporting the administration.”

Referring to the “massive cash releases for capital projects in excess of a record one trillion Naira under the 2016 budget,” Malam Garba credited the minister of Power, Works and Housing, Babatunde Raji Fashola with the record of being the the first ever Minister to ride on all the federal roads across the nation. He said in addition to the roads, three of the major projects very dear to the President which he is determined to execute are the Mambila power project, the Lagos-Kano, Lagos-Calabar and Port Harcourt-Maiduguri railway modernization projects and the new Presidential Initiative on Fertilizer, which he said is already making an impact by cutting the price of fertilizer to about fifty percent.