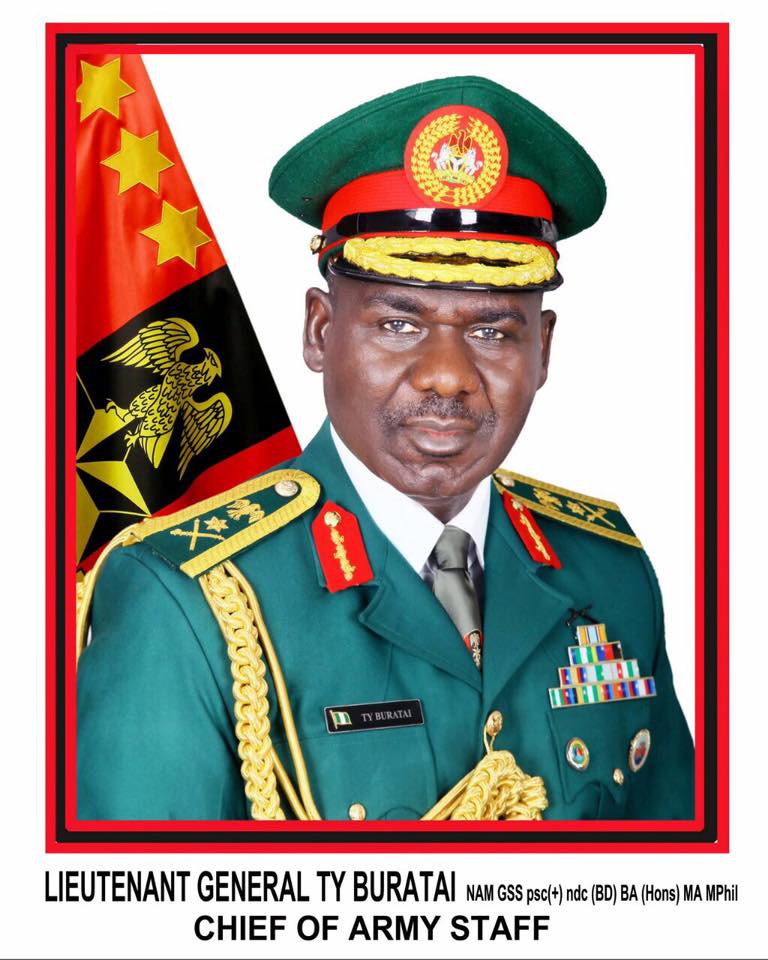 The Chief of Army Staff, Lt.-Gen. Tukur Buratai, has charged the GOC, 8 Task Force Division, Maj.-Gen. Ali Nani, to beef up security against attacks by remnants of terrorists.

Buratai gave the charge on Saturday at Gubio in Magumeri Local Government Area of Borno.

He specifically charged the GOC to ensure that terrorists do not attack communities in the area again.

The News Agency of Nigeria (NAN) reports that Boko Haram terrorists had on March 15 attacked the community.

“You must ensure that the incident of March 15 do not happen again,” the COAS said.

Buratai, who was in Gubio to inaugurate a Mobile Clinic for the troops of 5 Brigade, promised to provide a “level 2’’ medical care for them.

He said that the Maiduguri-Magumeri-Gubio-Damasak Road which was re-opened on Dec. 25, 2016 “must be kept safe for people to do their businesses’’.

NAN reports that the German Government donated the Mobile Clinic equipped with all necessary facilities, including intensive care unit, to Nigeria in 2016.