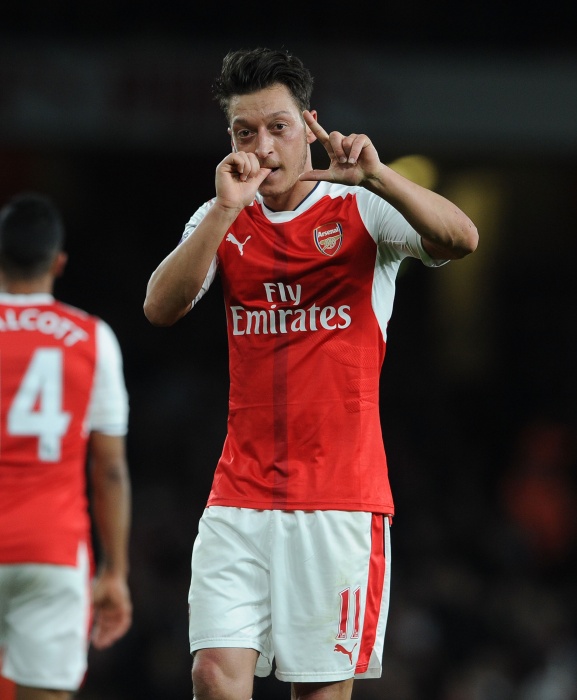 Arsenal and The Champions League Slot

Mesut Ozil on Wednesday inspired Arsenal to a resounding 3-0 victory over West Ham in a midweek English Premier League (EPL) encounter at the Emirates Stadium.

The News Agency of Nigeria (NAN) reports that Arsenal boosted their Champions League hopes with a deserved victory over West Ham, who are in relegation trouble after a fifth consecutive Premier League defeat.

After a quiet first half, Ozil, on his 150th appearance for the Gunners, fired home from the edge of the box after being gifted possession by Jose Fonte.

Then the German, after playing a one-two with Alexis Sanchez, crossed for Theo Walcott – captain for the day in the absence of the injured Laurent Koscielny – to turn home from eight yards out.

This was before substitute Olivier Giroud curled in a fantastic third after being picked out by fellow substitute Alex Oxlade-Chamberlain.

The Gunners had only won one and drawn another in their past six Premier League games, to leave their hopes of Champions League qualification – having reached the last 17 tournaments – in real jeopardy.

There were more protests against long serving manager Arsene Wenger with some Gunners fans not taking their seats until the 13th minute. It has been 13 years since they last won the league.

But the protest did not distract the team too much, admittedly against an opposition in even worse form than themselves.

Arsenal had the best of the first half, but it was after the break they took control of the game. 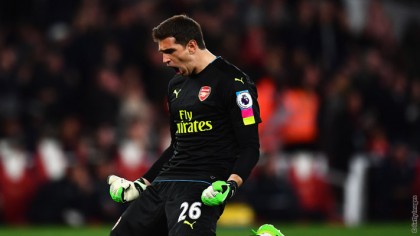 Hammers keeper Darren Randolph was unhappy with Ozil’s opener as he felt Sanchez was offside and blocking his view, but referee Martin Atkinson dismissed his appeals.

The two Gunners stars both linked up to set up Walcott’s second, and then Giroud scored the game’s outstanding goal to clinch the match.

The French striker, who replaced Danny Welbeck, has scored five times as a substitute in the Premier League, a record unmatched this season.

Arsenal should have had a penalty in injury time when Sam Byram brought down Nacho Monreal.

The win moves Arsenal back up to fifth place now the race for the top four can really start in earnest.

In other EPL matches also played today (Wednesday), Chelsea maintained their seven-point lead at the top of the Premier League table as two Eden Hazard goals saw off Manchester City.

Sergio Aguero however pulled a goal back for City to make it 2-1 at the end of a pulsating encounter at Stamford Bridge.

Tottenham produced a sensational late turnaround to beat a stubborn Swansea side 3-1 and keep intact their aspirations of winning a first Premier League title.