A 13-minute hattrick by Akwa United’s Elisha Aniefiok Jonah was the opening day highlight at the Nigeria Professional Football League Under-15 Promises tournament at the Dan Anyiam Stadium in Owerri on Monday.

Owerri, one of the two centres playing hosts to the best of Under-15 talents across NPFL clubs this week is also having former African champions, Enyimba, FC Ifeanyiubah, Rivers United and Abia Warriors as the other teams that will showcase their budding talents for five consecutive days.

It was Akwa United that blazed the trail on Monday when they outclassed Abia Warriors 5-0 in the centre’s opening match. The only team that had its club chairman in attendance on opening day, the young guns from Uyo – who were buoyed by Paul Bassey’s quick return from Kano, venue of the senior team’s historic away win on Sunday – dominated play from start to finish. 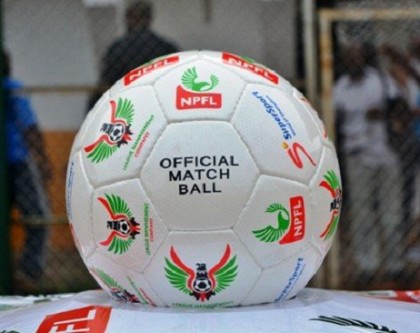 It took Elisha Jonah just four minutes to invite some deserved attention to himself when he struck Warriors’ crossbar with a dipping volley from 20 yards. His team went ahead though on 16 minutes through Uwana Akpan’s deflected effort before Archibong Archibong’s free kick went all the way into the net.

Jonah owned the second half and scored the first of his treble on 56 minutes before adding another with a finish from the outside of his boot six minutes later. He completed his hattrick from the penalty spot in the 69th minute after Warriors’ Bobson Samuel handled inside the box.

After the game, hattrick hero Jonah told www.npfl.ng he hopes to break into the Akwa United senior team in the next four years.

“I thank God for my performance because it is the first time I will score a hattrick in a tournament like this,” begun Jonah.

“I always watch the senior team when I have (the) chance and I believe I can play for them in the next four years,” added the youngster whose role model in the Akwa United team is Ubong Friday.

In Owerri’s other game on Monday, two first half goals from captain Samuel Salau and striker Adam Azeez lifted FC Ifeanyiubah to a 2-0 win over Enyimba. 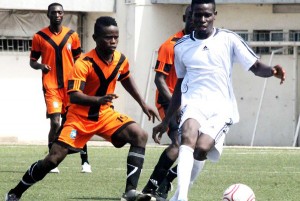 Salau scored on 17 minutes when the Enyimba defence failed to clear their lines before Azeez finished off a pass from Babatunde Bello in the 30th minute to seal victory for his side.

Coach of the losing side, Chidozie Agu attributed his team’s loss to his players’ inability to quickly settle into the game.

“Of course you know they are kids and they are just experiencing this for the first time,” he said.

“You see they came back better in the second half but it was a little late. I am sure they will do well in their next game,” added Agu.

In Tuesday’s action, Rivers United will face Abia Warriors at 2pm before the marauding teens from Uyo, Akwa United face Enyimba at 4pm.