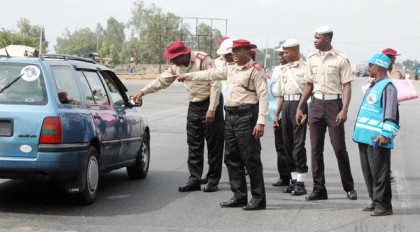 Ahead of the Easter celebrations, the FCT Sector Command of the Federal Road Safety Corps (FRSC) says it is beefing up its presence on highways in the territory.

The move, according to the Sector Commander, Mr Sunday Oghenekaro, is to ensure effective management of anticipated rise in traffic volume on the routes within the period.

“We are also mobilising to the Dutsen Alhaji-Bwari end because some people will be going through that axis to Kaduna.

“So, those areas should be well fortified to ensure that travelers have smooth and safe passage,’’ he told the News Agency of Nigeria (NAN).

Oghenekaro advised motorists and other road users to obey traffic rules and regulations, and cooperate with traffic management and security agencies.

On Tuesday, the national headquarters of the Corps announced the deployment of 25,000 personnel and 869 vehicles nationwide for a special patrol to enhance road safety during the Easter celebrations.

Meanwhile, the Acting Controller of the FCT Fire Service, Mr Julius Opetunsi, has advised residents to be fire safety conscious during the period.

Opetunsi urged them to turn off their electrical appliances before leaving home and endeavour to contact the service early in the event of fire outbreaks.(NAN)

NEWER POSTDid Hitler Use Chemical Weapons on His People? Yes He Did
OLDER POSTNews Summary 12/04/2017; Arraignment of Suswam Stalled