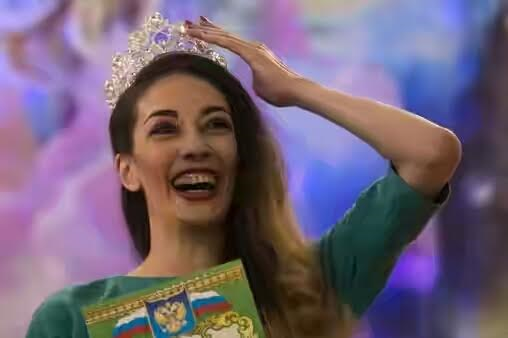 Ayupova 36-year-old won the third edition of the annual beauty pageant held at an all-female jail located in central Russia.

The Herald report contestants in the competition who most likely had no initial training in beauty pageantry were made to first cat walk before judges made up of guards in the first round.

The second round of the competition was a dance session while the third round, contestants were paired to make the best impressions of famous Russian celebrities.

The final round involved inmates walking down the runway in special costumes which will earn them a place as a representative in the year of ecology that is being celebrated in Russia this year.

Irina received 101 roses and the crown along with a makeup set for winning the competition.
She is eligible for release by 2028.