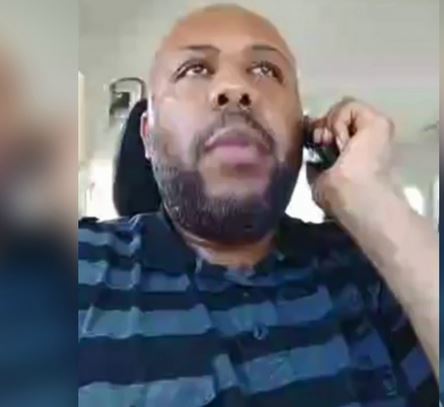 The Cleveland Police on Monday widened manhunt for a murder suspect who police said posted a video of himself on Facebook shooting an elderly man in Cleveland, where authorities appealed to the public for help in the case after urging the killer to turn himself in.

According to Reuters reports, Police said they have received “dozens and dozens” of tips for possible sightings of the suspect, Steve Stephens, and tried to persuade him to surrender when they spoke with him via his cellphone on Sunday after the shooting.

But Stephens remained at large as the search for him expanded nationwide, police said.

“Our reach now is basically all over this country,” Cleveland Police Chief Calvin Williams told a news conference in Ohio’s second-largest city.

The shooting marked the latest video clip of a violent crime to turn up on Facebook, raising questions about how the world’s biggest social media network moderates content. The company on Monday said it would begin reviewing how it monitors violent footage and other objectionable material in response to the killing.

Meanwhile, a reward of $50,000 was being offered for information regarding Stephens’ location, officials said.

Police said Stephens used Facebook Inc’s service to post video of him killing Robert Godwin Sr., 74, who is seen standing on a sidewalk carrying a plastic shopping bag as the suspect gets out of his car and approaches him from the street.

“Hi, can you do me a favor? Can you say, ‘Joy Lane?'” the suspect asks Godwin, referring to a woman authorities have identified as Stephen’s former girlfriend.

The elderly man, looking bewildered, asks, “Joy Lane?” and the suspect is heard replying, “Yeah. She’s the reason why this is about to happen to you.” He then asks Godwin his age before gunning him down.

Stephens is not believed to have known Godwin, a retired foundry worker who media reports said spent Easter Sunday morning with his son and daughter-in-law before he was killed.

Godwin was the father of nine children and grandfather of 14, his son, Robert Godwin Jr., told the Cleveland Plain Dealer. Godwin Jr. could not immediately be reached by Reuters to comment.

Lane, in a text message to CBS News commenting on the shooting, said she was “sorry that all of this has happened.”

She went on to describe Stephens as having been “kind and loving to me and my children,” adding, “This is a very difficult time for me and my family.” Reuters was not able to reach Lane by phone or email for comment.

The shooting video was visible on Facebook for nearly two hours before it was reported, the company said.

“As a result of this terrible series of events, we are reviewing our reporting flows to be sure people can report videos and other material that violates our standards as easily and quickly as possible,” Justin Osofsky, a Facebook vice president, said in a blog post.

Stephens, who has no prior criminal record, is not suspected in any other murders, despite a claim he made in the video of having killed more than a dozen other people, police said.

The last confirmed sighting of Stephens was at the scene of the homicide. Police said he might be driving a white or cream-colored Ford Fusion, and asked anyone who spots him or his car to call police or a special FBI hotline (800-CALLFBI).

Stephens had worked since 2008 as a vocational specialist and youth mentor at Beech Brook, a behavioral health agency located outside Cleveland. Beech Brook’s offices were closed on Monday.