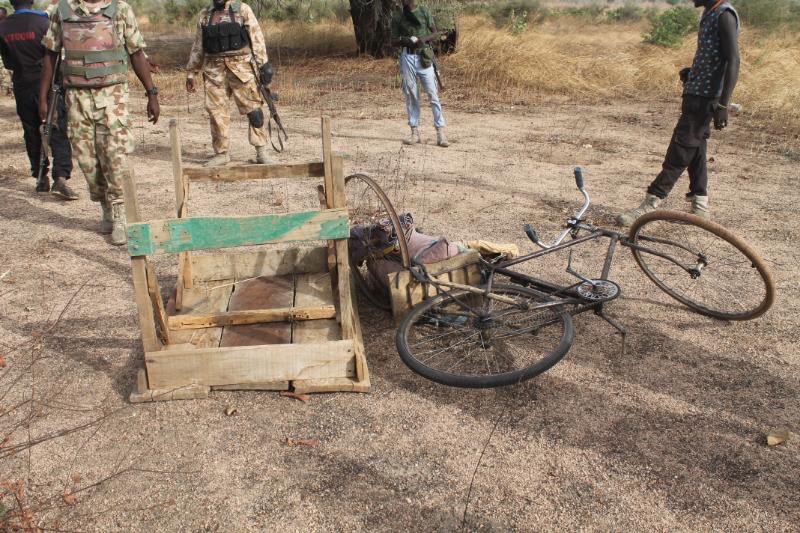 The Nigerian Army has carried out a Clearance Operation and Ambush againsts Boko Haram Insurgents in the North East.

In a press release the Director Army Public Relations Brigadier General Sani Kukasheka Usman stated that during the operation, the troops neutralized 6 Boko Haram terrorists and wounded several others.

He said also that the troops recovered an AK-47 Rifle, 1 AK-47 Magazine loaded with 9 rounds of ammunition, 22 rounds of 7.62mm (NATO) ammunition, 3 Bicycles and 3 Bags of Groundnut. The team also recovered the sum of Twenty Nine Thousand and Forty Naira (N29,040.00k) on the body of one of the terrorists.

In a related development, troops of 82 Division Task Force Battalion attached to 26 Task Force Brigade intercepted and ambushed a Boko Haram terrorist logistics supplier at a crossing point around Daushe village today. The team recovered a Bag of Sorghum, Basketful of provisions and other sundry items. The troops also rescued 36 old woman with gunshot wounds enroute back.