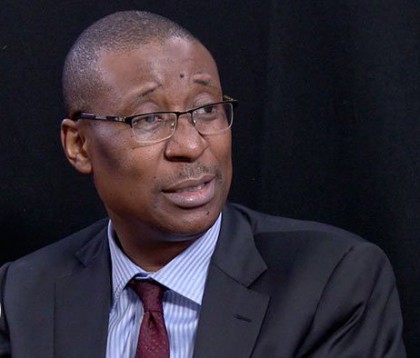 Okechukwu-Enelamah, Minister of Industry, Trade and Investment, On Modernise Economy

Mr Okechukwu Enelamah, the Minister of Industry, Trade and Investment, on Thursday said that the country needed to grow and modernise its economy through African trade integration.

Enelamah made the statement in Abuja during the launch of the National Committee for the Continental Free Trade Area (CFTA) negotiations.

“To achieve the objective it will require focus, discipline, organization, determination and the exercise of famous entrepreneurial spirit for which Nigerians are renowned the world-over.

“The inauguration is therefore, intended to reinforce the process for national economic recovery and development, across all areas,” he said.

He said Nigeria’s goal with the CFTA was to create win-win partnerships that would drive inward investment.

The minister added that the goal was also to support Nigerian exporters of goods and services to secure expanded market access in other African economies and create jobs for Nigerians.

He said that the Nigerian Economic Summit Group (NESG) would be part of the Nigerian negotiating team for the CFTA, as approved by President Muhammadu Buhari.

Enelamah said that the CFTA was part of Africa’s plan to industrialise the continent by 2063.

The committee members various organisations including inistry of Industry, Trade and Investment; Office of the Vice President, Ministry of Budget and National Planning, Ministry of Justice and Ministry of Foreign Affairs.

Enelamah said its terms of reference included to serve and advise government, as the national multi-stakeholder technical platform on the CFTA Negotiations, across all the negotiating areas.

The committee would identify the opportunities and challenges facing the country in trade with other African countries, both intra and Inter-Regional Economic Communities (REC).

During the opening mark, Mr Aminu Bisalla, Permanent Secretary of the ministry, said the CFTA programme would cover negotiation on trade in goods and services.

Bisalla added that it would also cover negotiations on investment, intellectual property rights and competition policy which would be undertaken by dedicated structure.

He said in order to optimise Nigeria’s gains from the CFTA, government was determined to negotiate a CFTA that would support ongoing efforts for structural transformation, economic diversification, modernization of the economy and sustained growth.

Bisalla said the key objectives of the CFTA were to accelerate the diversification of intra-Africa Trade with the aim of increasing it by 50 per cent by the year 2022.

Other objectives, he said, were to create a free market for goods and services and pave the way for the establishment of continental customs union and enhance competitiveness at all levels.

“When concluded, it is estimated that the CFTA will lead to about 16 billion dollars net gain for member countries.

In his speech, Prof. Mike Kwanashie, Vice Chancellor, Vritas University, Abuja, who spoke on behalf of the committee, urged the government to give more attention to export policies.

Kwanashie said Nigerian export must be encouraged to be able to stand among its member nations.

He said there was the need for the national interest to be promoted at all levels. (NAN)