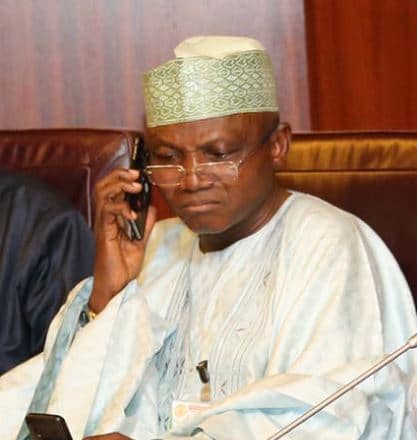 The presidency has dismissed as sheer mischief, the attribution of the unfortunate expulsion of the Punch reporter Mr. Lekan Adetayo from the Villa to the person of President Muhammadu Buhari.

Reacting to the Guardian Newspaper’s headline report entitled “Memories of Decree 4”  the Senior Special Assistant to the President on Media and Publicity, Malam Garba Shehu, said it was wrong and improper to use the isolated incident to judge the character of the President as if he was responsible for what happened.

According to him,  the President has not and would never approve the oppression and humiliation of any journalist in the course of carrying out their legitimate duties.

He explained that the Guardian was behaving like someone waiting eagerly to attack the President at the slightest opportunity in order to portray the incident as evidence of his alleged dislike of the media.

Mr. Shehu added that despite the President dissociating himself from the unfortunate incident and the affected journalist being recalled, the Guardian still chose to go for the President’s jugular, holding him personally responsible for an action he knew nothing about.

The Presidential Aide noted that such headline was misleading and mischievous because it was seeking to portray the President personally in bad light, with the sinister purpose of making him look like an enemy of the media.

According to Shehu, since he was sworn into office, President Buhari has not oppressed any media house or journalist on account of writing unfavourable reports about him or his government.

He reiterated the President’s respect for the freedom of the press and his commitment to protect their liberties at all times.