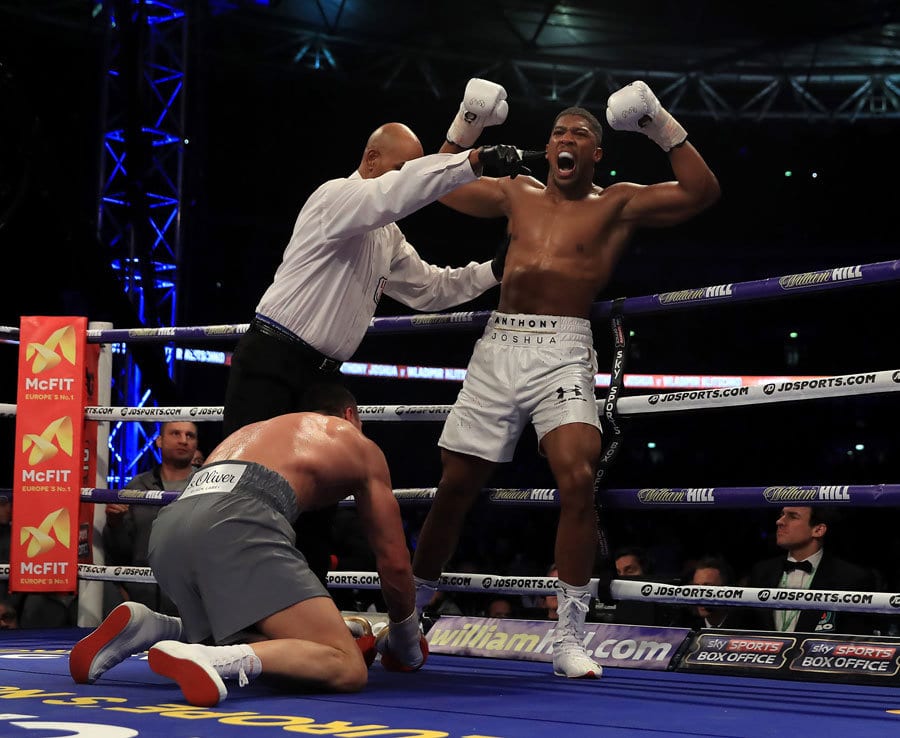 In a statement issued in Lagos on Tuesday, the Minister of Information and Culture, Alhaji Lai Mohammed, said Nigeria is proud to be associated with the new unified World champion, whose Nigerian heritage he has publicly acknowledged.

“My heart is in Nigeria, My heart is in Britain. I am a Nigerian man by blood, yes,” the Minister quoted Joshua as saying in a recent interview, during which he also listed the secret of his success as pounded yam, eba and egusi all Nigerian cuisine.

He hailed Joshua for his humility, despite his success in boxing, and his undying spirit, coming off the canvas after he was knocked down by Klitschko in the sixth round to win by a Technical Knockout in the 11th round of their pulsating fight.

Alhaji Mohammed said the government will soon invite the new World Heavyweight Champion to Nigeria, especially as he has said he is looking forward to giving something back to the country.