House of Reps to interface with NLC, govt over minimum wage

The House of Representatives on Tuesday mandated its Committee on Labour, Employment and Productivity to interface with organised labour and relevant government agencies to review the minimum wage. 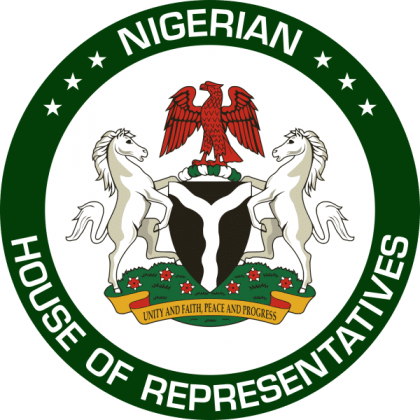 This followed the adoption of a motion under matters of urgent public importance by Rep. Ezenwa Onyewuchi (Imo-PDP).

Moving the motion, Onyewuchi condemned the disruption of the May Day celebration in Abuja by angry workers.

He stressed the need to appreciate the efforts and resilience of Nigerian workers and stated that the call for the review of the national minimum wage was to reflect current realities.

“In spite of lean resources worsened by the decline in the economy and a myriad of other challenges, the resilience, steadfastness and tenacity of our Nigerian workers have been impeccable in the discharge of their duties.’’

The lawmaker said that the current economic recession had brought hardship to average Nigerian worker with massive depreciation of their purchasing power, job losses and unpaid salaries and benefits.

According to him, there is a correlation between a productive workforce and economic growth and over-all wellbeing of any nation.

In his contribution, Rep. Betty Apiafi (Rivers-PDP) said that it was worrisome that some state governors were not paying the agreed minimum wage.

Apiafi said that in the past two years, the country had witnessed recession while cost of petroleum products and electricity tariff had increased.

Rep. Bode Ayorinde (Ondo-APC) urged the principal officers of the House to liaise with all necessary stakeholders and government to ensure the crisis surrounding the minimum wage was resolved.

Rep. Nurudeen Akinyomi said that the proposed new minimum wage of N56, 000 if approved, could not sustain workers for a month.

He called for periodic review of minimum wage in accordance with the realities on ground.

However, Rep. Sadiq Ibrahim, said that the leadership of the Nigeria Labour Congress (NLC) and the Trade Union Congress (TUC) be cautioned over the protest that disrupted the May Day celebration at the Eagle Square.

Ruling on the matter, Speaker of the House, Mr Yakubu Dogara, said that the House was committed to ensure that reasonable minimum wage was paid to workers considering the economic situation in the country.

“Labour will always be on the centre of progress; without labour, the nation cannot make progress.

“From the perspective of the House, we are doing a lot in order to improve the lot of labour.

“We have passed the Consumer Protection and Competition Bill and we are at the verge of passing the Man Slaughter Bill to protect the workers.

“We are committed to ensuring that not only minimum wage is increased but promptly paid.

“This issue of take-home packages that do not take workers home should be addressed,’’ Dogara said. (NAN)