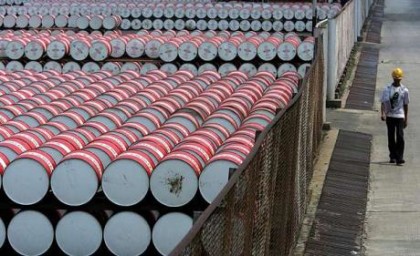 Oil prices rose on Monday on a growing conviction that an OPEC-led production cut initially scheduled to end in June would be extended to cover all of 2017.

The rise came after steep falls last week on the back of ongoing high supplies from countries that aren’t participating in the cuts, including the U.S. where output is soaring.

“The market viewed the fall as overdone,” ANZ bank said on Monday.

Brent crude futures, the international benchmark,  for oil prices, were at 49.85 dollars  per barrel on Monday, up 75 cents, or 1.5 per cent, from their last close.

US West Texas Intermediate (WTI) crude oil futures were trading at 46.87 dollars per barrel, up 65 cents or 1.4 per cent from the last close.

The market is becoming more confident that OPEC and other producers including Russia, which pledged to cut output by almost 1.8 million barrels per day (bpd) during the first half of the year will extend the deal to cover all of 2017.

“There’s a growing conviction that a six-month extension may be needed to rebalance the market, but the length of the extension is not firm yet,”

“Data (for production and storage levels) is unlikely to help turn this move into something more sustainable. Drilling activity in the U.S. continued to pick up last week with the rig count climbing for the 16th straight to week to 703,” ANZ said.

There are also lingering concerns about a potential slowdown of the Chinese economy, which has acted as a core pillar of oil demand growth.  (Reuters/NAN)