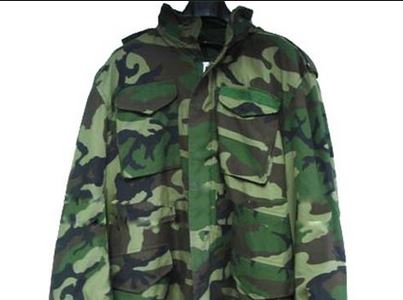 The Ogun Police Command says it has arrested a fake soldier who allegedly killed a petrol tanker motor boy in Abeokuta.

The Commissioner of Police in the state, Ahmed Ilyasu, stated this on Monday while presenting the suspect at the command’s headquarters in Abeokuta

Ilyasu said the 49-year-old suspect, Tunde Olatunbosun, who allegedly committed the crime on April 29 at Leme in Abeokuta, was arrested on Friday.

He said the incident followed an argument between the suspect and the victim, identified as Razaq, at a car wash at Leme.

“On April 29, at Alaja car wash in Leme area of Abeokuta, one man named Olatunbosun Tunde, who brought his unregistered Sienna car to wash was engaged in an argument with a motor boy identified as Razaq.

” The argument came up over claims by the suspect that the vehicle which the deceased was working on obstructed his own vehicle.

“All of a sudden, the suspect who was dressed in military camouflage knickers brought out a gun and shot the motor boy at a close range and the boy died on the spot.

” The suspect quickly rushed to his car and fled the scene leaving no trace whatsoever,” he said.

The commissioner said that he placed his men on red alert and the police, through deployment of “technically – driven – intelligence- investigation”, traced the suspect to the Republic of Togo and lured him back to Nigeria where he was eventually arrested.

“Preliminary investigations revealed that the suspect is a leader of a notorious armed bandit terrorising Abeokuta and its environs.

” His gang is said to be into snatching of vehicles, kidnapping and impersonating military officers to to dupe unsuspecting members of the public,” he said.

Ilyasu added that the police recovered some dangerous weapons from the suspect including 43 live cartridges, one camouflage army knicker and two camouflage army trousers.

Other weapons recovered from the suspect were seven pairs of different vehicle number plates and one Aver pump action gun with serial number 15-0083.

The commissioner assured that the command was determined, resolute and focused in its task of making the state safe and secure.

Olatunbosun who spoke with newsmen said that the incident was a “mistake”.

” I only wanted to use the gun to harass and scare him in the course of the argument.

“The motor boy was dragging the gun with me and I never knew the gun was not in safety- catch and it eventually triggered off.

”I am not a robber. I am a motor dealer and I only use my licenced gun to scare away criminals who often trouble me in the course of my business.

” I sincerely regret my action,” he said.