Niger To Partner With Voice Of Change On Culture And Tourism 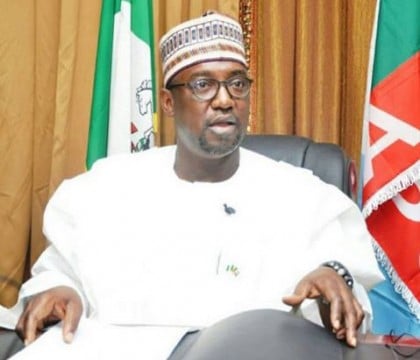 Niger State Governor, Alhaji Abubakar Sani Bello has indicated his willingness  to partner with  Voice of Change to facilitate the exposure of the state’s culture and tourism potentials  to Nigerians, Africans and the world at large.
Governor Sani Bello stated this  in his office in Minna, when he received  the group comprising actors and film producers  led by the President, Actors Guild of Nigeria,  Emeka Ike of Nollywood  and Sani Danja of Kannywood.
“Niger state has many tourism potentials scattered across the nooks and crannies of the state, that we want the world to know about. We are willing to partner with your group in achieving that. There is a lot you can do in promoting and projecting the state through shooting of some of your films here.”
“ We want to develop our tourism potentials and make the state a preferred destination for both domestic and international tourists.  Your visit has rekindled our hope because you are all international brands well-positioned to let the world know what the state can offer in terms of tourism and culture.
The Governor commended the group for the role they have been playing in promoting unity in Nigeria and projecting Nigeria at regional, continental and global levels.  He advised them to always put Nigeria first in whatever they do.

“You have played significant roles in promoting national unity and projecting Nigeria to the world through your films and collaboration between Nollywood and Kannywood. You must continue along this line.
Earlier in his remarks, President, Voice of Change, Emeka Ike commended Governor  Sani Bello’s developmental strides, describing him  as  a leader who has put his people first.
“You are a governor who considers your people above your executive office and therefore you are a leader to be reckoned with.
He promised to partner with the state in promoting and projecting its tourism potentials.
After the courtesy visit on Governor Sani Bello, the group was led on facility tour  to Radio Niger and Niger State Television, NSTV by the Commissioner for Information, Culture and Tourism, Mr Jonathan Vatsa. They had joined Governor Sani Bello on the ongoing Mid-Term Project Assessment and Meet the People Tour to Agaie Local Government Area of the state.
Jibrin Baba Ndace
Chief Press Secretary
8th May, 2017