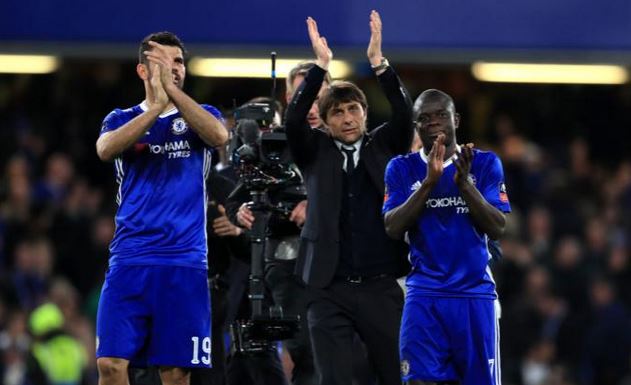 Chelsea Are Now One Step Away From The EPL Title

Antonio Conte’s side can become champions with victory against West Bromwich Albion at The Hawthorns on Friday night.

But, on the other hand, Middlesbrough must contemplate a future back in the Championship after they were swept aside in a contest they were not favourites to win anyway.

The hosts had already created a succession of chances before Diego Costa turned in Cesc Fabregas’ pass after 23 minutes.

And the contest was effectively over when Marcos Alonso scored at the far post via the legs of Middlesbrough goalkeeper Brad Guzan 11 minutes before the break.

In this mood it is hard to see the league title coming from anywhere other than at West Brom on Friday night.

Baggies manager Tony Pulis was part of the Stamford Bridge crowd and will have gone away with plenty of food for thought after a Chelsea display which oozed class and intent.

The London based club are set to add one English national league title to the already five won titles since 1955.

Chelsea are the first English club to have won all three major UEFA trophies.