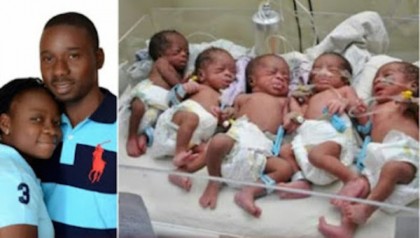 President Muhammadu Buhari is now in London for follow-up medical consultation with his doctors. The president departed Abuja in the early hours of today. A statement from the Special Adviser to the President on Media and Publicity said the president had planned to leave Sunday afternoon, but decided to tarry a bit, due to the arrival of 82 Chibok girls who arrived in Abuja earlier in the day.

As part of the intended reforms in the nation’s judiciary all courts in Nigeria have been told to place priority on the upgrading of their law libraries to make them an essential tool for justice administration. Chief Justice of Nigeria Justice Walter Onoghen made the call while declaring open the biennial workshop for judiciary librarians holding at the national judicial institute, Abuja.

The head of the Federal Civil Service Winifred Oyo-Ita has called on operators of public utilities and service providers to always take precautionary measures in the discharge of their duties. Mrs. Oyo-Ita said this on a visit to victims of the recent electrocution of football fans in Calabar.

House C’ttee on Information on NBC

The Chairman, House of Representatives committee on information, national orientation and ethics, Olusegun Odebunmi has expressed satisfaction with measures put in place by the national broadcasting commission towards ensuring the actual take off of the digital switch-over across the country. He stated this at the end of a retreat organized by the NBC for members of the committee held in Uyo the Akwa Ibom State.

Islamic Dev Bank to Partner Nigeria in Science and Tech

Nigeria and Islamic Development Bank have entered into an agreement for the commercialization of research results from the various institutes in Nigeria. Ministers of science and technology just back from a tour of three nations briefed journalists in Abuja.

The president of the Italian Chamber of Deputies, Laura Boldrini conveyed the commendation of the Italian legislature when she visited speaker, House of Representatives Yakubu Gogara.

Minister of Agric on Loan Facility

The Federal Ministry of Agriculture is to draft a policy that will allow private sector to play pivotal role in the disbursement of heavy duty agricultural equipment loan that will be provided by Brazilian Government.

The minister, Audu Ogbeh said this during an interactive session with agriculture commissioners and private own firms in Brazil.

Trained under the durable solution programme for IDPS in the north east of the federal government empowerment and skills acquisition programme, have been presented with starter Kits to enable them become self-reliant. Reports say that the training was coordinated by the national commission for refugees migrants and IDPS.

Acting President, Yemi Osinbajo says a robust partnership between government and the private sector remains the elixir for solving the ineffectiveness in governance.

The acting president who stated this at the third presidential quarterly forum in Abuja, says government would further demonstrates its commitment by working itself accessible for the exchange of ideas.