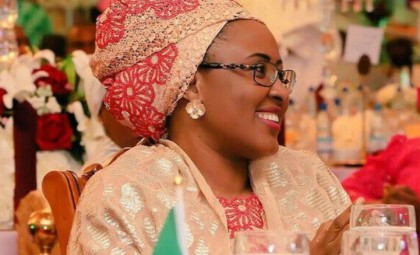 UNDP and NSCDC Worksop on Peace and Security

The United Nations Development Programme UNDP says it will continue to collaborate with key security agencies towards mitigating violent conflicts in Nigeria.

This disclosure was at the opening of a workshop on the significance of conflict prevention, peace building and alternative dispute resolution on peaceful co-existence in Nigeria for officers of the Nigeria security and Civil Defence Corps.

Nigeria has sealed a deal with the Agip Oil Company to build a refinery with a capacity to refine one fifty thousand barrel per day.

This was after a meeting of the management of the company with the acting president at the presidential villa in Abuja with the minister of state, petroleum in attendance.

The minister briefed state house correspondents after the meeting.

The Minister of Education Adamu Adamu has inaugurated the governing councils of twenty three Federal Universities with a charge to take the Federal Government fight against corruption to their institutions.

The Minister of Labour and Employment, Chris Ngige wants convention 102 of the international labour organization where Nigeria’s employees compensation act was derived to be properly implemented to guarantee adequate compensation for workers in time of injury or diseases. Ngige stated this when he received the new executive of the Nigeria social insurance trust fund.

The Joint Admission and Matriculation Board [JAMB] has disclosed that it has come up with measures that will enable it record a smooth conduct of the 2017 unified tertiary matriculation examination which will commence on Saturday,May 13 2017.

Addressing a news conference, its Registrar, Professor Ishaq Oloyede said 321 visually impaired candidates are among the 1,736,284 candidates that registered for the examination.

Interpol Abuja bureau has warned people to be weary of promises of juicy oversea jobs and opportunities as traffickers also use these as baits.

Commissioner of Police Interpol Abuja Bureau Olusola Zubair gave the warning while repatriating seven Bangladesh nationals trafficked to Nigeria, instead of Europe where they promise them.

International Monetary Fund,IMF says that Nigeria’s economy will come out of recession to post a GDP growth rate  of 0.8% in 2017 as the nation and others in Sub-Saharan Africa are implored to adopt proactive macroeconomic and monetary policies towards achieving sustained growth and prosperity of her citizens.

This is the position of the IMF director for Africa at the presentation of the regional economic outlook for Sub-Saharan Africa declared open by Nigeria’s Minister of Finance,Kemi Adeosun in Abuja.

Members of the management team of the Federal Road Safety Corps from across the country are meeting in Enugu to review its 2017 first quarter operation strategy. The meeting is to fine tune its operation for greater efficiency.

Shocks in commodity driven economies have slowed growth in Africa giving rise to an urgent need to develop quality policies to not only reverse the trend but prevent future melt downs.

Finance Minister Kemi Adeosun while addressing the media on the sub-Saharan economic outlook of the IMF released in Abuja said Nigeria is fully in tune with the development which the economic and recovery growth plan seeks to address.

The fifteenth meeting of power sector operators in Jos, plateau state has agreed to disconnect power supply for buildings and structures beneath high tension electricity infrastructure and advises the people against illegal connections to power lines.

Reports say that the meeting chaired Minister of Power, Works and Housing, Babatunde Fashola says the initiative is for safety and to avert re occurrence of Calabar Television Viewing Centre Electrical Accident.

One of the oldest tabloids in Nigeria, the daily times newspaper is ninety-one.

Ahead of the celebrations, the management of the newspaper addressed the media to herald the event.