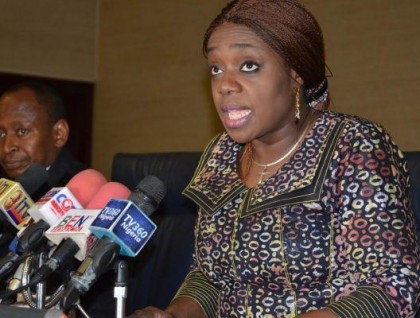 Defending champions Real Madrid set up another mouth-watering meeting with Juventus in next month’s UEFA Champions League final in Cardiff, after holding off a spirited Atletico Madrid on Wednesday.

A 30-year-old man, Olajide Adeshina, was on Thursday sentenced to seven years imprisonment by an Osogbo Chief Magistrates’ Court for burglary.

Adeshina was convicted of the three charges of burglary, theft and fraud brought against him.

As the month of Ramadan approaches a group of 20 Muslim and Christian clerics, have commenced a campaign in local markets across the Northern states to appeal to traders to bring down food prices.

budget closes, Federal Ministry of Finance has released details of the N1.2 trillion capital releases made. In line with Government’s increased focus on capital expenditure, the following releases were made.

Skye Bank Plc. has emerged “The Most Committed Watch Listing Bank in Nigeria” out of four corporate awards that were up for grabs at the Nigeria Electronic Fraud Forum (NeFF) Annual Dinner and Awards which held in Lagos recently.

Speaker Impeached By 80% Members In An Emergency Sitting

The Speaker of the Delta State House of Assembly Monday Igbuya representing Sapele State Constituency has been impeached by 22 members out of 29 members at an emergency sitting at the assembly complex.

Guaranty Trust Bank plc has released its audited financial results for the year ended December 31, 2016 to the Nigerian and London Stock Exchanges.

A review of the results shows positive performance across all financial indices, reaffirming the Bank’s position as one of the most profitable and well managed financial institutions in Nigeria. Gross earnings for the period grew by 37% to ₦414.62billion from ₦301.85billion reported in the December 2015; driven primarily by growth in interest income as well as foreign exchange income. Profit before tax stood at ₦165.14billion, representing a growth of 37% over ₦120.69billion recorded in the corresponding period of December 2015.The Bank’s loan book grew by 16% from ₦1.373trillion recorded as at December 2015 to ₦1.590trillion in December 2016 with corresponding growth in total deposits which increased by 29% to ₦2.111trillion from ₦1.637trillion in December 2015.