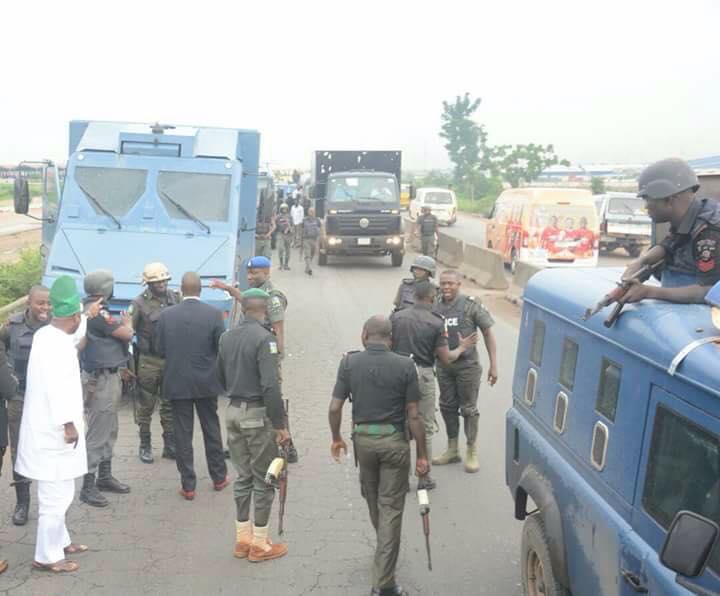 The incident, which occurred around Ibafo, while the Governor was traveling to Lagos for an official assignment, saw the CBN convoy damaging the escort vehicle in the governor’s convoy.

The CBN convoy, driving dangerously, attempted to overtake the governor’s convoy without regards for the safety of other road users.

On sensing danger, the Ogun Governor’s escort commander used a public address system mounted on his vehicle to warn the CBN convoy to desist from such reckless driving.

Not only was the Governor’s escort commander ignored, the CBN convoy drivers went ahead to crush his vehicle and subsequently went after other vehicles in the Governor’s convoy, including the Governor’s official car, before they were brought to a halt by the security team attached to the Governor.

Reacting to the incident, Governor Amosun said, “this is lawlessness and the height of impunity.”

He added that, “if this could happen to a governor within his territory, you can imagine what they would do to our citizens who are simply going about their legitimate business.”

Governor Amosun expressed disappointment with the reckless manner in which the CBN bullion van convoy often conducts itself on the road and warned that such acts of impunity will not be tolerated within the borders of Ogun State.

“We will not allow such senseless and reckless behavior in Ogun State,” Governor Amosun said. 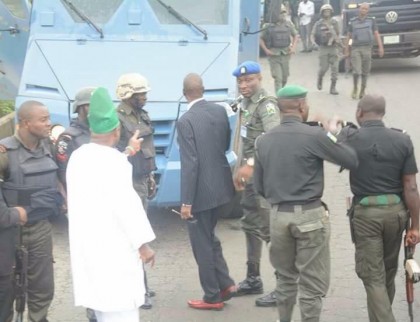