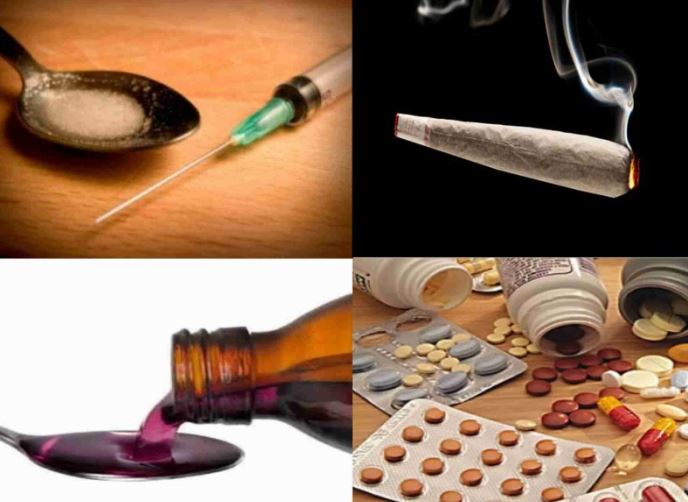 Mr Mujitaba Ahmed, a retired Deputy Controller General of Customs on Saturday in Sokoto warned that the increasing rate of drug abuse by youth in the country was fast becoming a future time-bomb.

Ahmed observed that “this obnoxious problem has penetrated many families, with some married men and women deeply involved.”

”This often leads to recurring cases of divorce, broken homes, delinquency and other related malaises.

” The earlier stern actions and measures are taken to reverse the ugly trend, the better for the country,” he warned.

In his remarks, the District Head of Gagi, Sokoto South Local Government Area, Alhaji Sani Umar, lamented that the North had been lagging behind in education, economy and other spheres.

Umar, who was the Guest Speaker, challenged the youth to pursue education vigorously and also shun drug abuse, restiveness and other crimes.

He then acknowledged the efforts of President Muhammadu Buhari in addressing the challenges of the country.

Cannabis is one of the illegal drugs in Nigeria, yet the country is a major source of West African-grown cannabis, and ranked world’s eight highest consumer of cannabis. Cannabis is widely grown across the States of Nigeria including Ondo State, Edo State, Delta State, Osun State, Oyo State and Ogun State.

Cannabis is one of the most widely used illegal drug in Nigeria. Cannabis has no religious or medical use in the country.

A study of secondary schools in Northern Nigeria, substance abuse ranged between 1.1 ‑ 3.5% with a male to female ratio of substance abuse of 3:1. 3% smoked cigarettes, benzodiazepines abused by 3.5% and solvents by 1.5%.

Abuse of cocaine and heroin was 1.1% and 1.3% respectively. In a study carried out in about fourteen psychiatric hospitals in Lagos indicated that cannabis abusers are responsible for 13.8% of the total drug related admissions for 1992.

Cannabis use and other related drug abuse cases is controlled by the National Drug Law Enforcement Agency in collaboration with the U.S government to combat narcotic trafficking in West Africa.

The possession of cannabis is illegal and is punishable by a minimum sentence of 12 years in prison. In serious trafficking cases, life imprisonment may be imposed.

NEWER POSTAnother BreakThrough As Troops Arrest Bala Ibrahim In Fika Along Side Others
OLDER POSTBig Brother Nigeria Winner Efe: “Based On Logistics’’ Video To Be Out Soon