Segun Adeyemi, Abuja: The Minister of Information and Culture, Alhaji Lai Mohammed, said the achievements of the Buhari Administration in the past two years have put Nigeria on the path of sustainable growth and development.

The Minister spoke at a Special Edition of the Federal Government’s Town Hall Meeting, held in Abuja on Tuesday to give the Administration a platform to present its mid-term report to Nigerians.

“Let me say straightaway that In giving this mid-term report, I am convinced beyond a reasonable doubt that this Administration has a story to tell, a story of achievements that if we are able to continue along this path will stand the test of time and put our dear nation on the path of sustainable growth and development,” he said while giving an overview of the Administration’s achievements.

Alhaji Mohammed reeled out the achievements of the Administration as including the restoration of security to the North-East by putting an end to the scourge of Boko Haram, which has paved the way to negotiate the release of over 100 Chibok girls, in addition to hundreds of others who have been freed by the military.

“We are addressing comprehensively the issues in the Niger Delta that make the production of our oil resources so vulnerable. We have taken on corruption at its core. There are more prosecutions and there will be more convictions for public sector corruption than Nigeria has ever seen.

“We have acted to address the leakages in government spending that make corruption possible, through the zero- based budgeting and the Treasury Single Account (TSA), the government’s efficiency unit and the hugely successful whistleblower policy. 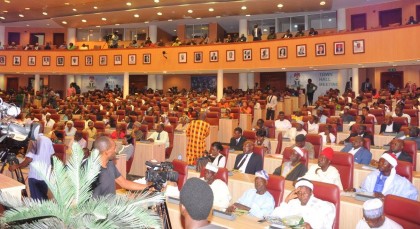 We are restoring the sanctity of our judicial system, and we are implementing and Economic Recovery and Growth Plan designed to reset our economy and remove our reliance on oil production, and oil revenues, for ever,” he said.

The Minister recalled that the most pressing challenges facing Nigeria on 29 May 2015, when the Administration assumed office, was to restore security to the nation, with Boko Haram controlling a significant part of the North-east and the territorial integrity of the nation threatened.

He said at the same time, “corruption levels in our society had become completely unacceptable,” against the brazenness and impunity of those involved, and the lack of accountability at all levels of society, adding that these problems had to be addressed “if we were to create
the foundations for future prosperity.”

“That future prosperity, for all Nigerians, was the overriding objective of the administration. We were, and remain, 100% committed to delivering an economy that enables all Nigerians to achieve their ambitions, no matter how big, or small. We are making strong progress towards achieving all of these objectives,” Alhaji Mohammed said.

He said the Administration is rebuilding the social contract between it and the people through accountability, adding “We are providing security, we are providing an enabling environment for business and we are delivering strong and effective public services.

President Buhari has made these commitments to the Nigerian people. He and his team are delivering. We are building a future in which all Nigerians can access opportunity and a Nigeria of which we can all be proud. 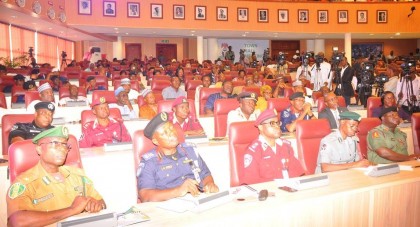 The Town Hall Meeting was attended by the Minister of Power, Works and Housing Babatunde Fashola; Minister of Transportation Rotimi Amaechi.