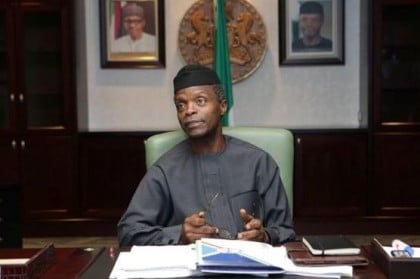 In exercise of the presidential authorities vested in the Executive arm of government, Acting President Yemi Osinbajo, SAN, today signed three executive orders that will significantly change some of the ways government business and operations are conducted in the country forthwith.

Ahead of the signing, the Acting President held an interactive session at the old Banquet Hall of Presidential Villa with all relevant government officials, including ministers, permanent secretaries and heads of departments and agencies among others. The session was meant to directly engage government officials who would be implementing the orders and the new instructions.

*the promotion of transparency and efficiency in the business environment designed to facilitate the ease of doing business in the country,

*timely submission of annual budgetary estimates by all statutory and non-statutory agencies, including companies owned by the Federal Government and

*support for local contents in public procurement by the Federal Government.