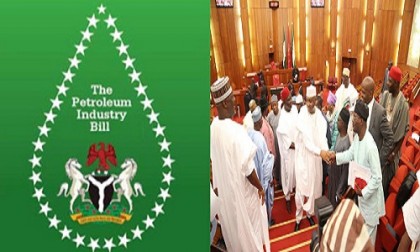 The PIB is a bill to establish the legal and regulatory authorities for the Nigerian petroleum industry.

Ogbechie told the News Agency of Nigeria (NAN) in Lagos that the non-passage of the bill was making mockery of the industry and the country as a whole.

He said the country was losing billions of Naira in term of investment diversion to other African countries like Angola and Ghana.

“The industry definitely needs PIB to give it a framework for those of us who play in oil and gas industry.

“It is quite unfortunate that the bill has been with National Assembly for more than 10 years but due to politics and vested interest, it has not been passed.

“I remembered in early 2015, I told my people in the sector that the bill will not be passed, now two years after this administration the bill still remain with them.

“I will not be surprise if at the end of this administration the bill will still remain in the National Assembly.

“I do not know what is delaying the passage now that the bill has been broken into different segment.

“ This bill is the hope of investment in the oil and gas sector, we appeal to our legislators to pass it,” he said.

NAN reports that on Nov. 2, 2016, the PIB passed the second reading at the Senate.

NAN also reports that the bill was referred to the committee on Petroleum led by Tayo Alasoadura from Ondo Central, after it passed the second reading.

The committee was expected to perfect the legislative work on the first bill in the petroleum sector.

It was further reported that the Senate President, Bukola Saraki, said the next part of the bill would focus on the petroleum producing communities. (NAN)