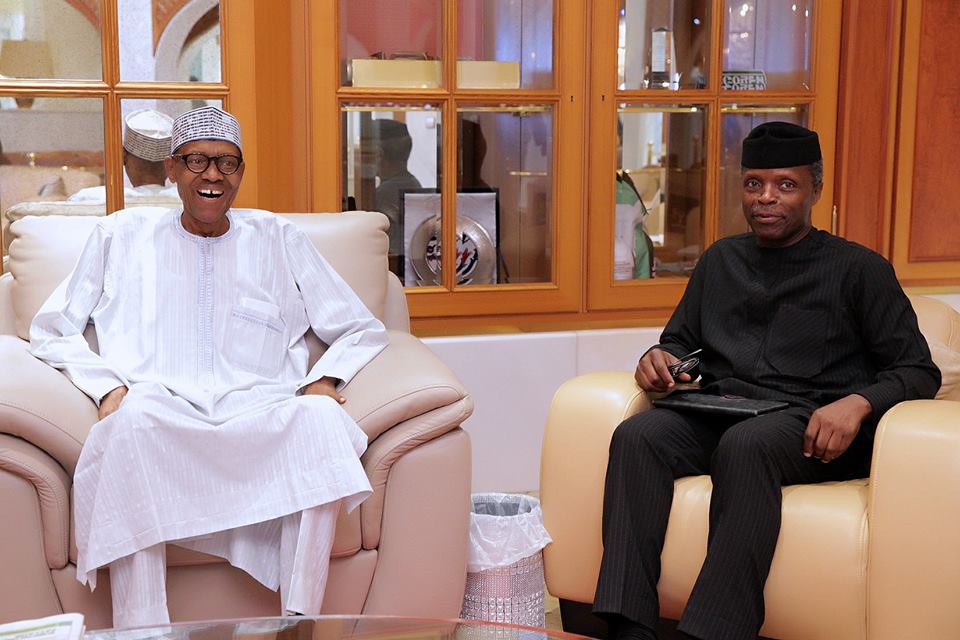 Femi Adesina Blows Hot “They Learnt Nothing, and Forgot Nothing”

Femi Adesina, Abuja: They showed their pernicious hands again last Sunday, and have been on the prowl since then, roaring like a lion, seeking who to devour. Purveyors of death they are, and they have killed President Muhammadu Buhari many times over, cloned the websites of international media houses to announce the hoax, but their wishes did not become horses, so they remain stranded, with nothing to ride.

Between January 19, this year, when the President first proceeded on vacation, and March 10, when he returned, they had announced his demise many times. They even created apocryphal images and footages to back up their inhuman claims, but God showed them He was the ultimate. The Real Deal, the Special One. President Buhari came back alive, and disclosed that he would still return to London at a later date for medical follow-up. He eventually left on the night of Sunday, May 7.

They saw the Deux ex machina, the Invisible Hands of God, between January and March, but they are so steeped and marooned in unbelief, evil wishes and malediction, that they have started all over again. Last Sunday, they cloned popular websites for the umpteenth time, using them to announce the figment of their diseased imagination. They learnt nothing, and forgot nothing from the immediate past experience. And you begin to ask yourself, just as the Good Book also asked:”Why do the heathens rage, and the people imagine vain things?” Why do they arrogate to themselves the power that belongs only to God? “I can kill, and I can make alive,” says God in His word. But these purveyors of hate possibly don’t know God. That is why they declare a man dead, when God has not said so. Once has God spoken, and twice have I heard it, that power belongs to God.

Millions of us can follow Baba blindfolded into battle. We love him that much, and it is within our rights. But have you seen a man ever loved by everybody? Show me. Even if you feed an entire city daily, some people still won’t like your guts. So, those who are not Buharists have a right to their convictions. But must any human being be hateful to the point of wishing another person dead, and indeed broadcasting a death that never happened? Shame. Shame upon evil wishers, purveyors of lies and wickedness. Do they have blood running in their veins at all? Do they realize that wishing another person dead, is sin before God? Yet they go to churches, mosques, and other worship houses. Who are they worshiping? The Unknown God.

Why do some people, a tiny but vocal minority, wish the President dead? Do they know that if God wills, the man they wish dead could outlive them by many years? There was a lady who was very active on social media in 2015, before the presidential election of that year. She was in the league of anti-Buhari elements. Oh, he was too old. Oh, he was sickly. Yes, he would soon die. The lady was rabidly pontifical in her convictions, parading herself as someone with a charmed life, who would live forever. And then, it happened! Sometime last year, she died! When I saw the news online, I just shook my head, and prayed for the repose of her soul. I did not gloat. No need to. Not in her wildest imagination could she have thought that she would pre-decease President Buhari. But who has the final say? Jehovah has the final say. The breath of man is in his nostrils, and God can decide to extinguish his candle at anytime. Jehovah has the final say. It is not by age, not by how healthy you seem, or how sickly you are. It’s a lesson some people have not learnt. They learn nothing, and forget nothing.
Back to the earlier question. Why do some people want their own President dead? Why do they want the eclipse of a man who is actuated by nothing other than love for his country? Why have they constituted themselves into enemies of national progress, haters of all that is good? Why do they prefer the dark jungle of infamy to the light of a clear and bright day, signposted by freedom from rapacity and lootocracy? Who then are these enemies?

“Our enemies are the political profiteers, the swindlers, the men in high and low places that seek bribes and demand 10 percent, those that seek to keep the country divided permanently so that they can remain in office as Ministers or VIPs at least, the tribalists, the nepotists, those that make the country look big for nothing before international circles, those that have corrupted our society and put the Nigerian political calendar back by their words and deeds.”

Those were the words of Major Chukwuma Kaduna Nzeogwu, after the country’s first military coup in 1966. You may like Nzeogwu, or you may not, depending on how you view his actions and inactions. But you can hardly deny the veracity of what he said. And 51 years later, the words still ring true.

The enemies of Buhari are the political profiteers. To them, political office is not about service, but about making profit. Ordinary people can go to hell, and stay there. Personal profit is the name of the game.

The swindlers, too. Enemies of righteousness and transparency. They swindle man, and even try to swindle God. Of course, they wouldn’t want a new sheriff in town. They’d rather shoot him, and sing the reggae song:”I shot the sheriff…”

Those that seek bribe and demand 10 percent. Enemies. Only that they are not satiated by 10 percent again. They take the entire 100 percent, and leave the country prostrate. But when a Daniel comes to judgment, and hurls them before the law, knowing neither friend nor foe, they wish that he dies. Gerrout, so that business as usual continues, they shout.

Those that seek to keep the country divided permanently. Evil souls. They use all the fault lines. Religion. Ethnicity.

Language. Everything. We saw it all in the 2015 elections. They cashed in on all things that divide us as a people. But Nigerians were resolute for change, and they got it. But did those people give up? Did Pharaoh desist from pursuing the people of Israel? Hell, no! Till he ended in a watery grave. The stubborn fly follows the corpse into the grave.

For the greater part of this year, President Buhari has been away from home. But whether present or absent, he still looms large. The mere fact that his shadow hovers over the land riles evil workers to no end. But what can anybody do? Jehovah has the final say.

The old order is giving way for a new one in Nigeria. In just two years, the back of insurgency has been broken, corruption is taking a shellacking, and the comatose economy is turning round. Despite it all, some people still wish the President dead. Sad and sorry. But thankfully, they don’t have the final say.

However, if they refuse to repent, we can repent on their behalf, lest judgment comes speedily on them. How dreadful it would be.

Lord, we are sorry,
We’ve turned around and gone astray,
Your trust for us we have betrayed,
Your power we don’t recognize
Your Lordship we have all despised,
We cannot pretend
We all now repent
Forgive us Lord we pray
Bring down your glory…

May God bless Panam Percy Paul, who sang the song. May God accept our repentance on behalf of evil wishers.

May God spare our President, and restore him to full health.

Lord, please spare our President. Spare him for us, to the glory of your name. Let those who learn nothing, and forget nothing, be purged of all evil. Let them turn new leaf.
Amen somebody!