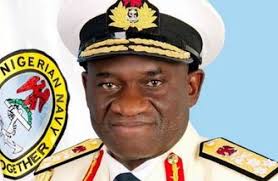 Peter Oguebie, managing director, Petrus Ogu Nigeria Limited, who is also a witness in the trial of a former Chief of Naval Staff, Vice Admiral Usman Jibrin, on Monday, May 22, 2017 told Justice A. S. Umar of the Federal Capital Territory High Court sitting in Maitama, Abuja that his company sold a property worth N600million to the former naval chief through a family company, Harbor Bay International Limited.
Jibrin is facing trial alongside Rear Admiral Bala Mshelia, Rear Admiral Shehu Ahmadu (all retired) and Habor Bay International Limited on a 4-count charge of criminal conspiracy preferred against them by the Economic and Financial Crimes Commission, EFCC.
The naval chiefs whilst in office allegedly bought a house worth N600million from the account of Naval Engineering Services without budgetary provision.

It was also alleged that, the documentation for transfer of ownership of the property was done such that a private company owned by the family of the first defendant (Vice Admiral Jibrin) became the buyer.
The offence is in contravention of Section 26 (1) (b) and punishable under Section 22 (4) of the Corrupt Practices and Other Related Offence Act 2000.

At the resumed trial today, Oguebie, who was led in evidence by counsel to EFCC Faruk Abdallah, as PW3, stated that, “payment for the property located at Plot No. 2717 Cadastral A06, Maitama, Abjua was made into our company account, Petrus Ogu Nigeria Limited, domiciled at Diamond bank, Wuse Zone 5, Abuja by Naval Engineering Services”.

He said: “all legal documents such as deed of assignment, power of attorney and sales agreement relating to the property were signed by me”
Justice Umar had earlier admitted in evidence, the power of attorney, sales agreement and deed of assignment as exhibits 1a, 1b and 1c, respectively.
Also testifying, Abdulkadir Idris Wakili, a staff with the budget office of the federation, who had earlier been subpoenaed with respect to the certification of budget of the Nigeria Navy said, “I was in court to present the certified true copy of the budget of the Nigeria Navy for 2013 and 2014”.
The prosecution sought to tender the documents in evidence, but Jibrin’s counsel, Y. C. Maikyau, SAN, objected on the grounds that, “the same documents earlier tendered by the prosecution and rejected by the court for non-certification are being re-presented again ”.
Responding, Abdallah urged the court to discountenance Maikyau’s submission saying, “the issues are not the same”.

According to him, “There are two sets of documents: one is from the Navy forwarding their budget estimate, whereas, my Lord, the document sought to be tendered is a document approved by the National Assembly”.
In compliance with Section 106 (b) of the Evidence Act, Abdallah added that, the prosecution had listed a staff of the budget office as a witness in the proof of evidence.
At this point, Justice Umar adjourned to June 14, 2017 for ruling on the admissibility of the document.