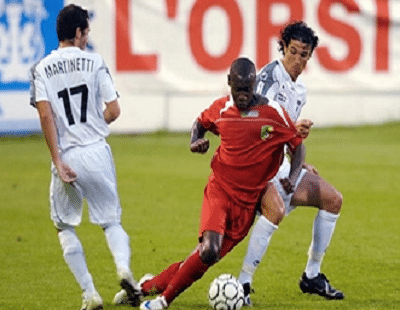 All You Need To Know About Corsica, Super Eagles Opponents In Tomorrow’s Friendly

The Super Eagles will tomorrow, Friday play against the National Team of Corsica in an international friendly match in preparation for next month’s Africa Cup of Nations qualifier against South Africa.

The Nigerian National Team arrived Corsica on Tuesday, 23 May and have had series of training sessions.

“I know a bit about them when I was here in France. Most of their players play in the Ligue One so I expect a tough challenge from them,” he said.

But many will be wondering, what country is this? which continent it belongs too? where have they been all this while? Now this is all about Corsica and its national team.

Corsica is an island in the Mediterranean Sea and one of the 13 regions of France. It is located west of the Italian Peninsula, southeast of the French mainland, and north of the Italian island of Sardinia. A single chain of mountains make up two-thirds of the island.

The island formed a single department until it was split in 1975 into two departments: Haute-Corse (Upper Corsica) and Corse-du-Sud (Southern Corsica), with its regional capital in Ajaccio, the prefecture city of Corse-du-Sud.

Bastia, the prefecture city of Haute-Corse, is the second-largest settlement in Corsica.

After being ruled by the Republic of Genoa since 1284, Corsica was briefly an independent Corsican Republic from 1755 until it was conquered by France in 1769.

Due to Corsica’s historical ties with the Italian peninsula, the island retains to this day many elements of the culture of Italy. The native Corsican language, whose northern variant is closely related to the Italian language, is recognised as a regional language by the French government.

This Mediterranean island was ruled by various nations over the course of history but had several brief periods of independence.

Napoleon was born in 1769 in the Corsican capital of Ajaccio. His ancestral home, Maison Bonaparte, is today used as a museum.

The Corsica national football team is the unofficial football team for the island of Corsica, France. It is not affiliated with FIFA or UEFA. Until now, the selection has played against national teams only three times : in 1967 against France, in 1998, just before the 1998 FIFA World Cup against Cameroon (as a preparation game for the Lions Indomptables), and more recently in 2009 against Congo.

In the past, the selection has also played against club teams, as in 1962 against OGC Nice, or Stade Reims in 1963.

The match against Congo was organized by the CFA (Corsica Football Association). In order to be called up for the team, a player had to fulfil two conditions: having at least one parent or grandparent from Corsica and being a professional player or being part of a professional club.

The match against Nigeria Super Eagles will be played at the Stade François Coty in Ajaccio.