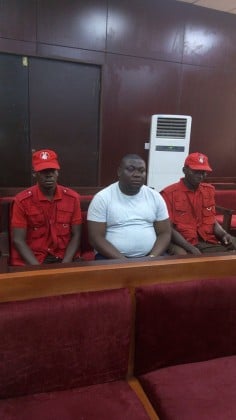 At the resumed hearing of the case on Wednesday, defence counsel, Prof. Amuda Kanika, SAN, made an oral application for bail for Turnah. According to Kanika, bail could be argued orally. Besides, ” Turnah holds a privileged tittle of Member of the Order of Niger, MON, and would not jump bail”. Justice Watilat refused to oblige the defence counsel’s prayers and directed him to formally apply for bail for his client. He also ordered Turnah to be remanded in prison custody.

Justice Watilat adjourned the matter to 30 June, 2017 for hearing of bail application.