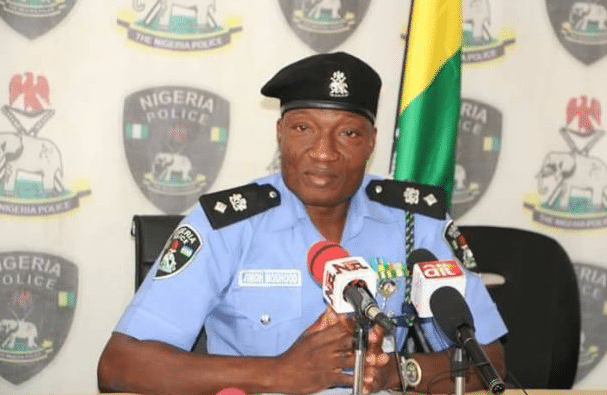 The Nigeria Police Force (NPF) has expressed security concerns over planned protests and order of market closure in the South Eastern states on 30 May, 2017 by the Indigenous People of Biafra (IPOB), the Movement for the Actualization of the Sovereign State of Biafra (MASSOB) and the Biafra Independence Movement (BIM) and other like groups.

This was expressed in a statement issued by the Force Public Relations Officer, Force Headquarters, CSP Jimoh Moshood on Friday in Abuja.

The Statement said: “The Nigeria Police Force is deeply concerned with the security implications with regards to the renewed hostilities and subversive propagandas aimed at undermining law and order in some States of the Federation by these groups, their associates, sponsors, apologists and sympathizers.”

The Inspector General of Police (IGP) has given a directive to the Commissioners of Police in the affected States and their supervising Assistant to be strict, polite, civil and firm in dealing with the situation and put all the Police Personnel and Police Anti-Riot equipments on red alert to deal decisively in accordance with the law with any eventuality from these groups, that can disrupt commercial activities, vehicular movements and safety of lives and properties in some States of the Federation considered to be flash/vulnerable points which have witnessed the unfortunate disturbance of public peace by these groups in the recent past. 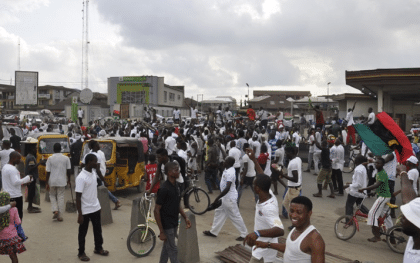 “The Force sees the activities of these groups as not only unlawful but highly provocative and capable of causing breach of the peace currently being enjoyed in the South East States and other States of the Federation.

“The planned protests and orders of Market closure and illegal unilateral self imposed restrictions of vehicular movements by these groups in the affected States should be disregarded by all well meaning Nigerians.

“The Nigeria Police Force, hereby advised the members of the public to go about their lawful duties and other responsibilities without any fear or apprehension as adequate security arrangements have been put in place for the safety of every Nigerian throughout the Country by Nigeria Police Force and other Security agencies.

“The Nigeria Police Force is not unaware of the rights of every Nigerian to freedom of expression, peaceful assembly and association and freedom of movement, as essentials of democracy provided by the 1999 Constitution of the Federal Republic of Nigeria as amended particularly sections 38, 39, 40 and 41.” The statement said.

According to the statement, these rights must be observed with decorum, in good faith and without violating the rights of other millions of Nigerians to free movements and access to public/private facilities and their means of livelihood on daily basis.

The Police said it will resist the action(s) of any person or group of persons for whatever course that is against the interest of public defence, public safety, public order, public morality and a threat to the rights and freedom of other Nigerians.

The Police also advised the Indigenous People of Biafra (IPOB), the Biafran Independence Movement (BIM), the Movement for the Actualization of the Sovereign State of Biafra (MASSOB) to consider the consequences of their actions and activities and without delay and call themselves to order in the interest of National Security, and safety of lives and properties across the Nation.

“The Nigeria Police Force will not hesitate to deal decisively with any group(s) and their sponsors that attempt to cause disturbance of the peace or carry out any unlawful demonstration, unlawful assembly/procession or gathering and public disobedience that can jeopardise law and order and harmonious co-existence within and amongst Nigerians throughout the country.” The Police added.

NEWER POSTOsinbajo To Muslims: Maximize Benefits Of Ramadan
OLDER POSTChildren Amongst Victims Of Gun Attack On Coptic Christians In Egypt