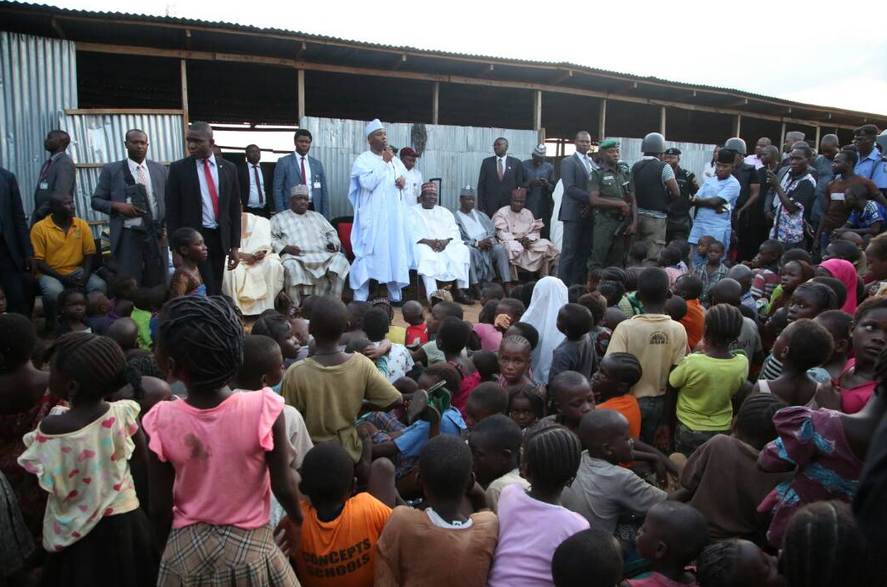 Saraki Tells IDPs ” We Will Not Forget You”

Senate President, Dr. Abubakar Bukola Saraki has assured Internally Displaced Persons (IDPs) in some parts of the country that government will continue work to ensure their security, social and economic wellbeing as well as safe return to their homesteads.

Saraki who said the government will not forget the displaced persons was speaking when he led a Senate delegation on a visit to the IDP camp at Kuchigoro, near the Games Village, Abuja, according to a statement by his Chief Press Secretary, Sanni Onogu, in Abuja.

The delegation was received by the evangelist of the camp, Mr. Jude Kaghala and other leaders of the camp.

The Senate President also donated food items including rice and toiletries for distribution to inhabitants of the camp and said while the executive was working in collaboration with the legislature to rehabilitate and resettle the IDPs in their original communities, it will ensure that their life is made better on a daily basis.

“We have not forgotten you and we will not forget you,” Saraki said. “We will continue to work to ensure that you return to your individual villages and towns. But while you are here, we will ensure that your life is made better everyday. 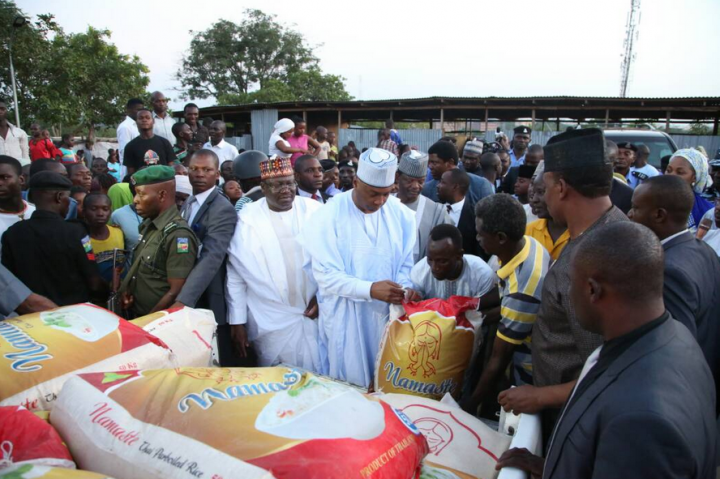 “This is why we decided to come and identify with you, to know how you are coping and to comfort you. We share your pains and we are doing what needs to be done to make your towns and villages habitable once again. We will make sure you live a better life.”

Earlier the Evangelist of the Camp, Mr. Khagala thanked the Senate President and his team for the visit and the food items and toiletries he donated for use by the IDPs.

He promised that the rice, soaps, deodorants and body spray he donated will be evenly distributed among the IDPs, especially the pregnant women and children. He said the food could not have come at a better time than this Ramadan period. 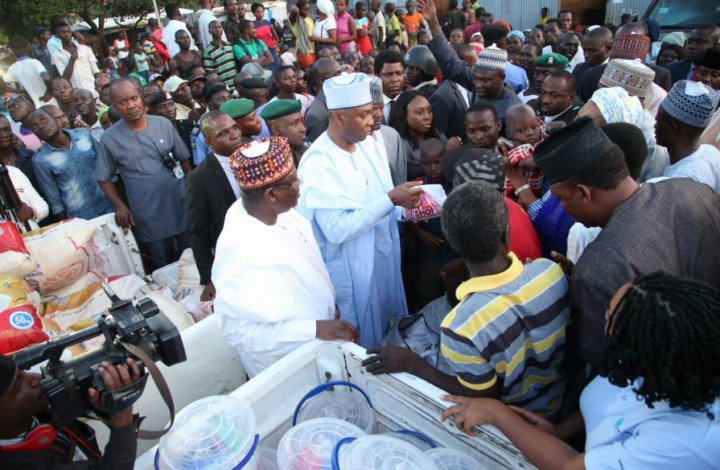 “We will distribute them to our people here to help them as they partake in the Ramadan fast. We cannot thank him and the Senate enough. We also thank you for the work the Senate has done in passing a bill to create the North East Development Commission. We pray the Almighty Allah to reward you,” Kaghala said.