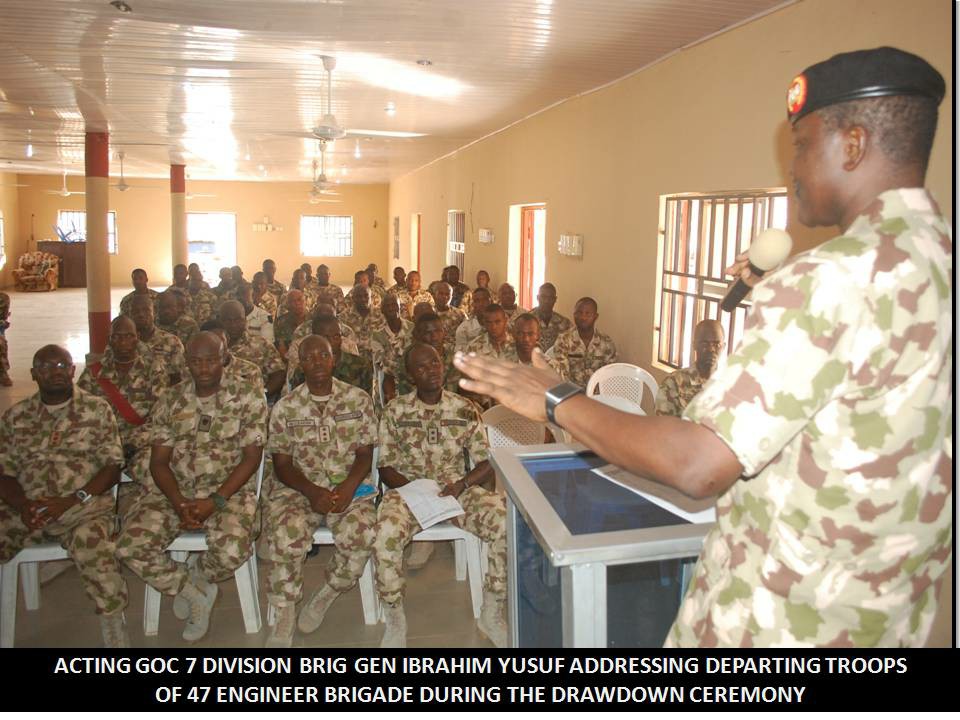 The Acting GOC gave the commendation at Maimalari Cantonment, Maiduguri while addressing 220 officers and soldiers of Nigerian Army Engineers who have served a minimum of 2 years and were due to be relief within the week from Operation LAFIYA DOLE.

He said their rotation was in line with the Chief of Army Staff, Lieutenant General TY Buratai’s directive for troops to be relieved as at when due in order allow them rest and inject fresh soldiers to prosecute the war. 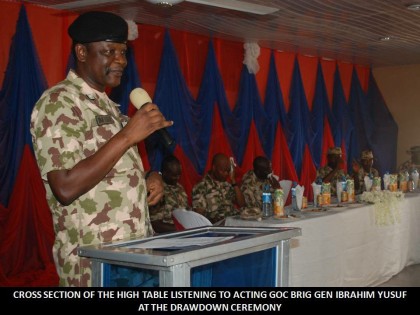 The Acting GOC on behalf of the COAS congratulated the outgoing Army Engineer troops for their sacrifices and roles in construction of accommodation for internally displaced persons, building of bridges, opening of roads, disposal of improvised explosive devices (IEDs) provision of water, direct labour projects among other functions He gave kudos to the Explosive Ordnance Device specialists that toiled to detonate IEDs and other land mines in order to open routes, facilitate movement for troops to live and fight. This role also assisted in the restoration of normalcy through opening of roads previously infested with IEDs.

General Yusuf applauded the efforts of Army Engineers who lost their lives and paid the supreme price for the peace in the nation. He charged them on return to make time to rest and to continue the good work of keeping Nigeria secured.

Earlier in his welcome address, the Commander 47 Engineer Brigade, Brigadier General Joseph Chima, appreciated the support of the GOC to the brigade to achieve its objectives. He also thanked him for making out time out his busy schedule to address the rotating Engineer troops. 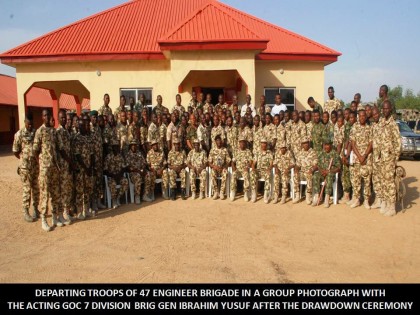