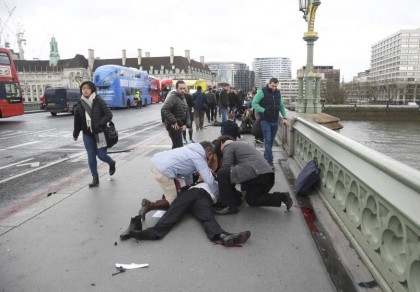 The third Islamist militant who carried out an attack on Saturday in London that killed seven people was a Moroccan-Italian called Youssef Zaghba, an Italian investigative source said on Tuesday.

Zaghba’s mother lives in the northern Italian city of Bologna and he had broken off relations with his Moroccan father, the source said, confirming a report on the website of newspaper Corriere della Sera.

Corriere wrote that Zaghba was stopped at Bologna airport in 2016 when he was trying to fly to Syria via Turkey. Italian authorities tipped off Britain about his movements.

London police, who had identified the two other attackers as Khuram Butt and Rachid Redouane, later confirmed the third one as Zaghba.

In Britain’s third Islamist attack in as many months, three men on Saturday rammed a van into pedestrians on London Bridge before running into the Borough Market area, where they slit throats and stabbed people indiscriminately.

After a period living together in Morocco, Zaghba’s parents separated and the mother returned to Italy, Corriere wrote.

Zaghba visited her at her home near Bologna several times and in March 2016, after being stopped at Bologna airport, he was investigated for possible international terrorist activity but released, according to the newspaper.

However, Italy put him on a list of people considered “at risk,” as a potential “foreign fighter” and informed both British and Moroccan authorities of his movements, the paper said.

At the time of the attack he was working in a London restaurant and continued to have contacts with his mother in Italy, which he visited last year, Corriere wrote.(Reuters/NAN)