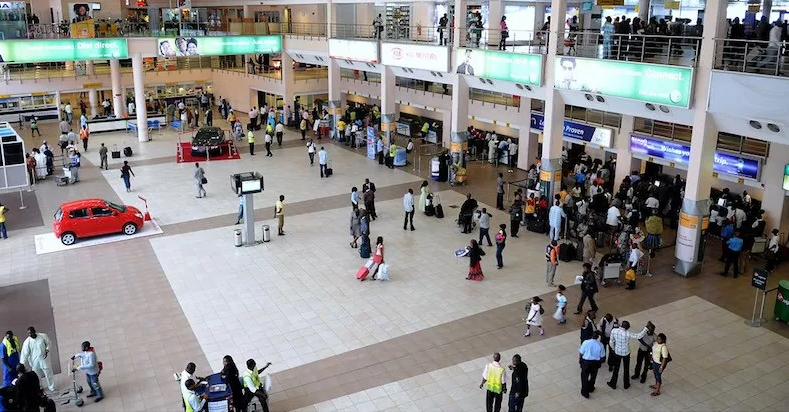 The Federal Airports Authority of Nigeria (FAAN) has advised passengers to arrive airports on time due to the new screening arrangement which is in compliance with the Federal Government’s Executive Order.

Mr Saleh Dunoma, Managing Director, FAAN,  gave the advice on Friday while monitorng the level of compliance with the executive order by agencies at the Murtala Muhammed International Airport, Lagos.

Dunoma said :”My advice to passengers is that they should come in good time, so they can accomplish the process as scheduled.

” There are some new locations and processes of screening; so the earlier they come, the easier for stakeholders, especially the airlines and the security agencies, to finish their procedures.”

He expressed satisfaction with the level of compliance, noting that the physical check tables belonging to the various security agencies at the departure hall of the terminal had been removed.

“The desks that have been there for manual search are no longer there. The checks are being done at appropriate locations and this has created a tidy hall.

” This has improved the ambience of the departure hall. Of course, we have some issues that have to do with the first day normally in any operations. We are trying to resolve that,”the FAAN boss said.

He said the authority had also directed the management of the airport to come up with a complete and comprehensive report containing the issues emanating from the operation so that they could be urgently addressed.

Commenting on Delta Air Lines’ issue with the procedures, Dunoma said, “It is not anything peculiar. They want to do certain checks; we will tell them where to do the checks.

“We are not stopping anybody from checking anything, so long as it is in line with global standard of practice. The executive order does not stop that. We will handle Delta Air Lines issue.”

Delta Air Lines officials had on Tuesday insisted on carrying out manual checks at their passenģers at the usual desks, which led to a misunderstanding with aviation security officials.

The new executive order was signed by Acting President Yemi Osinbajo on May 18.

It is expected to ease doing business at Nigeria’s airports by streamlining the activities of various aviation agencies and airline officials.