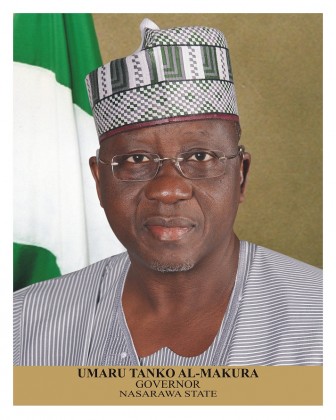 Striking workers of Nasarawa State Government on Friday said that non-payment of their salaries had made them to break Ramadan fast with only water.

In interviews with the News Agency of Nigeria (NAN) in Keffi, the workers called on the government to pay them their three months’ salary arrears and other entitlements to save their families from hardship.

NAN reports that the workers began an indefinite strike on May 12 to press home their demand for payment of salary arrears, and regular promotion of workers, among others things.

A teacher, Alhaji Garba Audu, said: “I am a teacher with the state Ministry of Education.

“For more than three months, we have not been paid our salaries, and this has caused untold hardship for us and our family members.

“To have money to buy foodstuff to break Ramadan fast is a problem; most of us break our fast with water due to the non-payment of our salaries.

“Fasting has a lot of blessings from Allah, and every Muslim is expected to partake in it; hence, the need for the state government to pay workers’ salaries.’’

He appealed to the state government to meet the workers’ demands to end the strike and restore industrial harmony.

Another worker, Mr Samson Dauda of the Ministry of Works and Housing, said that the strike had also negatively affected all sectors of the state economy.

“To meet my basic needs and those of my family members is a challenge. For over three months now, we have not been paid. This is not fair,’’ he said.

Hajiya Maryam Sani, who works with the state Ministry of Agriculture, told NAN: “Most of us are breaking our Ramadan fast with water, which is not supposed to be,” she said.

She also appealed to the government to meet the workers’ demands to alleviate their suffering.

Some other workers, who pleaded anonymity, accused the state government of neglecting its civil servants.

They said that no nation could achieve speedy development without the contributions of its workforce.

They urged the government to meet their demands.

NAN reports that Mr A. Adeka, who was recently removed as the Chairman of the workers’ union, announced the suspension of the strike on May 26, saying that  the government had begun meeting the workers’ demands.

However, on May 27, Mr Bala Umar, who replaced Adeka, told the workers not to resume work, saying that the government had yet to meet the demands.

The state Gov. Tanko Al-Makura, on May 29, said that the workers were not on strike  as far as he was concerned.

He warned that any worker who would not resume work, would be taking a risk. (NAN)